After all the hype, it is pretty much widely accepted now that Red Dead Redemption 2 on PC has not got off to a great start. Since launch, the game has been riddled with various issues including crashes and performance problems that have completely spoilt the enjoyment of the game for many users.

One of the most irritating problems users have faced with Red Dead Redemption 2 on PC, is the graphical stuttering during gameplay. Although this issue may not be affecting everyone, it is a big problem for gamers with systems including certain four and six-core CPUs and Nvidia graphics cards. The guys over at GamersNexus recently released a lengthy YouTube video highlighting the issue and explaining what was happening.

Well, it looks like Rockstar Games has acknowledged that this is an issue they want to resolve quickly, while the developer does not have a permeant fix just yet, it has provided frustrated gamers with a temporary workaround and has published details on the Rockstar Games support pages.

Rockstar agrees that there is an issue where the graphics stutter or stall for several seconds while playing the game. They have identified that this issue occurs for users with certain Nvidia graphics cards in systems containing four or six-core CPUs. Rockstar says it is working with Nvidia to improve driver performance to cure the problem permanently. 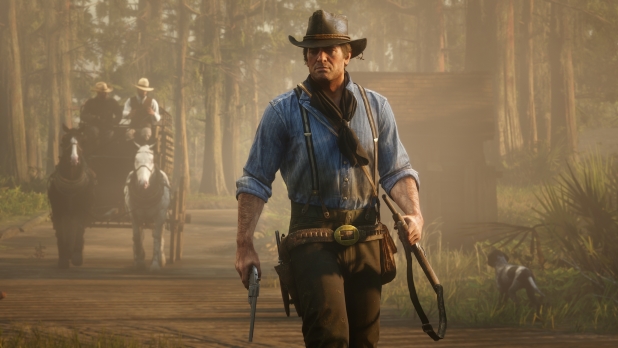 However, for the time being, a temporary workaround solution has been found to re-balance the CPU core workload, which will avoid the conditions that cause the issue. Rockstar is keen to point out that while this workaround will temporarily fix the stutter/stalling issue, it may slightly affect graphical performance in towns on certain hardware configurations.

Workarounds have been detailed for both versions of the game using either the Rockstar Games Launcher or the Epic Games Launcher.

KitGuru says: It is good to see that the game developer in this situation has acknowledged that this is a widespread problem that is ruining the enjoyment of the game for some. Have you been hit with this graphics stutter issue in Red Dead Redemption 2 and has the temporary workaround resolved the problem for you?