Patriot has released a new high-speed external SSD with three storage capacity options: 512GB, 1TB, and 2 TB. Aimed at those who need a portable high-speed storage device, the PXD SSD can also be used as external storage for your PS4 or Xbox One.

Weighing about 35g and measuring 103×31.5×9.7mm (LxWxH), the Patriot PXD SSD is for those in need of “large superfast storage in a compact design”. The latest PCIe Gen3 x4 Controller and the USB 3.2 Type-C interface allows the PXD to reach a sequential Read/Write (ATTO/CDM) of up to 1000MB/s.

Patriot says that external hard drives have been ‘plagued with performance issues', while flash drives are similarly not the best way to transfer large chunks of data. With its high-speed data transfer, the PXD will fill “the gap between internal and external SSDs”. 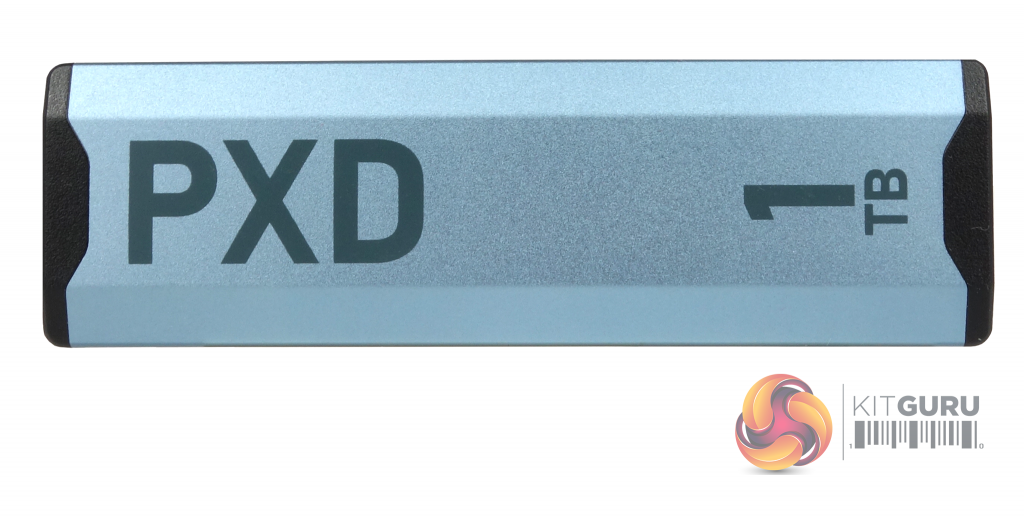 Patriot also emphasis the industrial-grade aluminium chassis with shock absorption materials. Included in the packaging there are Type-C to Type-A and Type-C to Type-C cables offering compatibility for most case scenarios.

Roger Shinmoto, the vice president of Patriot, claimed that “the PXD brings the perfect balance between” compatibility and user experience, as it can be used in desktop PCs, laptops, MacBooks and consoles. Aziz Saigal, Marketing Manager at Patriot, stated that the company plans to expand the Patriot PXD line.

KitGuru says: Are you in need of a fast, portable storage solution? Would you be interested in getting the Patriot PXD SSD?

Previous AMD introduces new 12nm Ryzen 3 1200
Next Ubuntu 20.04 is right around the corner with many new features