The new Phison PS5026-E26 Gen5 SSD chip will be based on the 12nm process node, just like its predecessor, but that doesn't mean it will perform the same. With a new standard comes a new theoretical limit to the data rate, and PCIe 5.0 pushes that to 32Gbps. 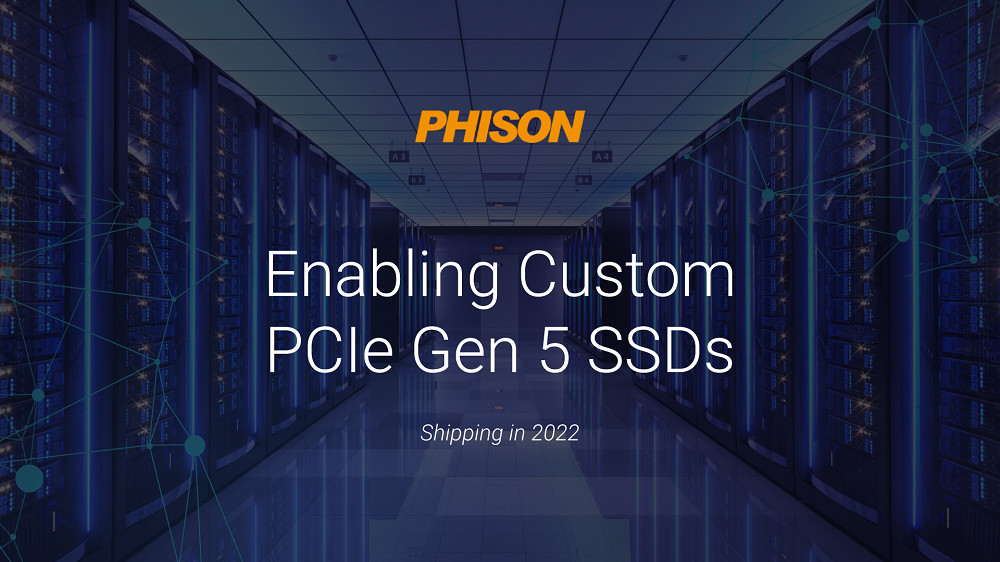 Inside the controller, there will be an ARM R5 processor and CoXProcessor 2.0 accelerators. The new controller will support PCIe Dual Port, single root input/output virtualization (SR-IOV), zone namespaces (ZNS) and existing and upcoming types of 3D NAND memory, including ONFI 5.x and Toggle 5.x. As per Phison, this controller can be used on M.2, U.3, E1.S and E3.S drives.

The new Phison controller should debut in enterprise-grade SSDs in H2 2022, but like the other E-series controllers from the company, we believe it will make its way to consumer SSDs eventually. Phison will be sampling its new controller to partners to ensure compatibility across a wide range of motherboards.

KitGuru says: Were you expecting to see PCIe 5.0 SSDs sooner?