The Gigabyte Aorus lineup has been expanding over the last couple of years. In 2019, we’ll be seeing the addition of two brand new Aorus PCIe SSDs, offering speeds leaps and bounds ahead of a traditional SATA drive. 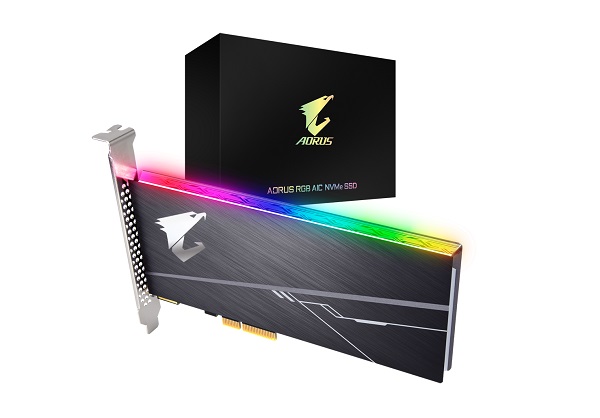 Both versions sport a sleek silver Aorus shroud and RGB lighting. Beyond that, they also support TRIM and S.M.A.R.T technologies, which help keep SSD health in check, allowing them to last longer. If something does happen to go wrong, there is a 5-year warranty in place.

For the privacy conscious, these SSDs also support AES 256-bit hardware encryption, so you can keep your data protected. Release date and pricing information is still to be confirmed but we’ll update this story once those details come through.

KitGuru Says: These SSDs certainly look sleek and on paper, the specs are really good. It will all come down to pricing though. How much would you be willing to spend on an SSD of this calibre?

Previous The Division 2 gets new content today, first raid coming later this month
Next Atlus is considering Persona 3 and 4 for PlayStation 4