Samsung is often at the very forefront of SSD technology, with the company's NVMe and 2.5″ offerings consistently delivering top performance at decent prices. Given how successful Samsung has been in this market, it should come as no surprise that further investments are being made. Specifically, Samsung kicked off mass production for its 256Gbit V-NAND this week.

Samsung made the announcement via a press release this week. This 5th Gen 256Gbit V-NAND will utilise a new ‘Toggle DDR 4.0' interface, which increases the speed of transmitting data between storage and memory to 1.4Gbps- a huge 40 percent increase over the previous generation. The data write speed is also the fastest to date, coming in at 500 microseconds, providing a 30 percent improvement over last generation. 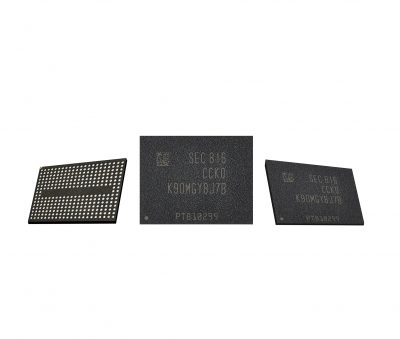 This new generation of V-NAND also features more than 90 layers of “3D charge trap flash cells”, the largest currently available. Improvements to the atomic layer deposition process also means that manufacturing efficiency has increased by more than 30 percent. Each cell layer has been reduced by 20 percent, which helps prevent crosstalk and improves efficiency of data processing.

Mass production has kicked off, so we should start to see new SSDs sporting this V-NAND in the not so distant future. If we don't get our first look this year, then perhaps this new tech will make an appearance at CES 2019 in January.

KitGuru Says: If the claims hold up from Samsung, we could be in for some very fast SSDs at affordable prices. That’s if Samsung passes the savings onto consumers. Do you think that 5th Gen V-NAND will be a game changer?