Kingston's latest M.2 NVMe SSD aimed at desktop, workstation, and high-performance PCs is the KC2500. The drive uses a combination of a Silicon Motion controller and 96-layer 3D TLC NAND. Priced around the £190 mark for the 1TB model, what can we expect from this PCIe 3.0 SSD? 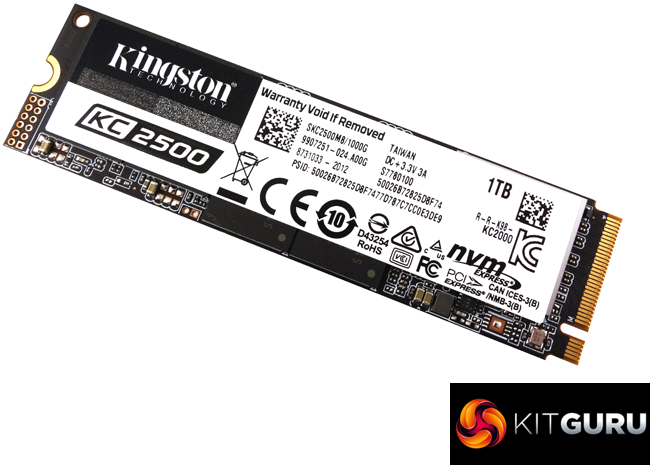 As with the previous Kingston KC2000, the KC2500 product line consists of four capacities; 250GB, 500GB, 1TB (the drive we are reviewing here) and the flagship 2TB model.

Just like the KC2000, the new drive uses a Silicon Motion SM2262EN controller and 96-layer 3D TLC NAND combination but there appears to some tweaking going on in the firmware of the controller as the KC2500 has faster official performance figures.

A self-encrypting drive, the KC2500 uses 256-bit XTS-AES hardware-based encryption to provide support for end-to-end data protection. It has Microsoft eDrive support built-in and also supports the use of independent TCG Opal 2.0 security management software from vendors including McAfee, WinMagic and Symantec.

The endurance figure given for the 1TB drive is 600TBW and Kingston back the drive with a 5-year warranty.