PCMark 8’s Consistency Test provides a huge amount of performance data, so here we’ve looked a little closer at how the Viper VPN-100 performs in each of the benchmarks test suites. 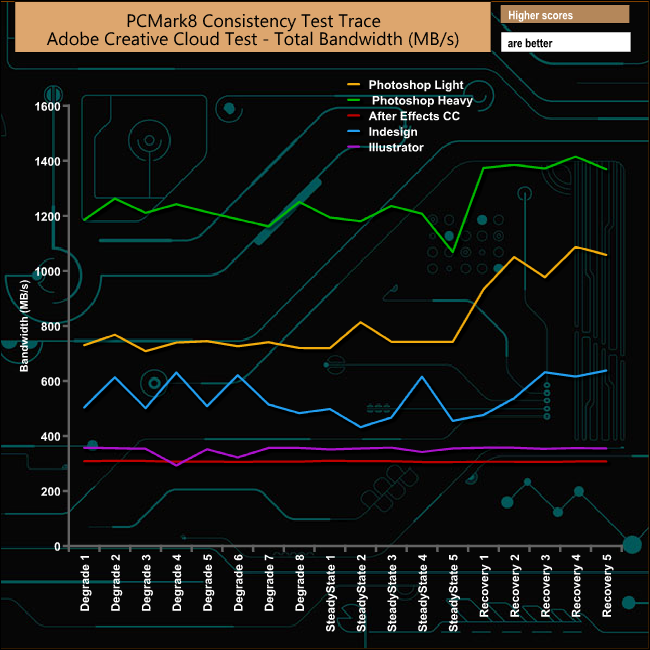 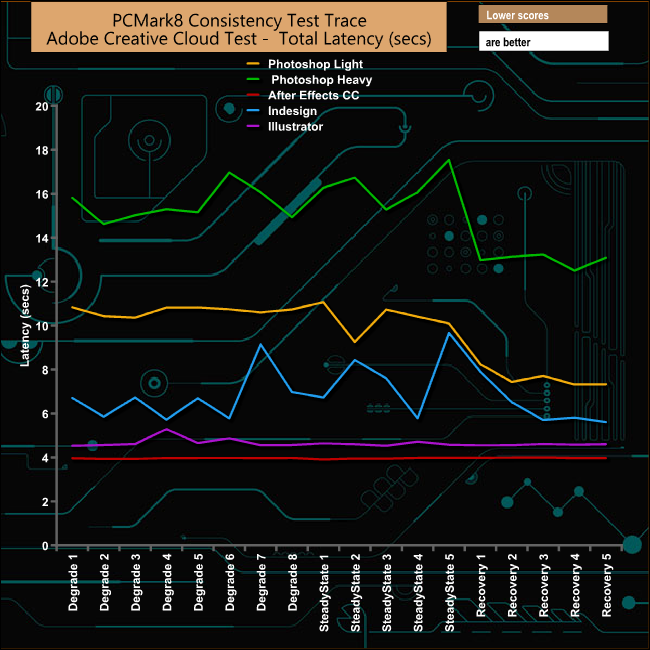 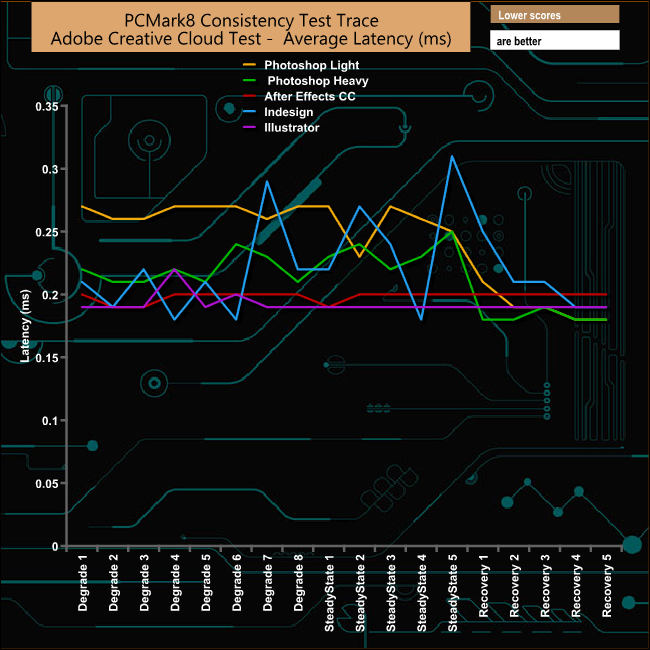 In the Adobe CC phase of the test it’s normally the Photoshop Heavy trace that causes most stress to a drive, but the Viper VPN100 deals with it very well. The most erratic test is the Indesign one. The drive also recovers pretty well from the stress of this test suite. 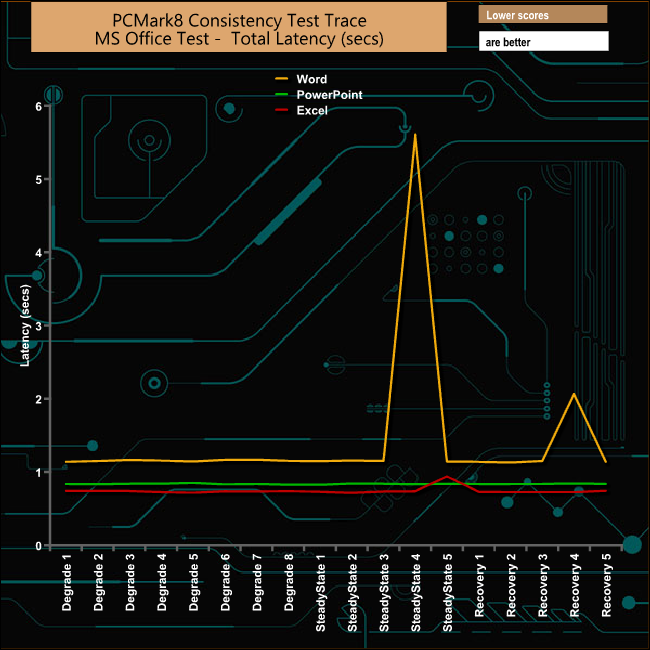 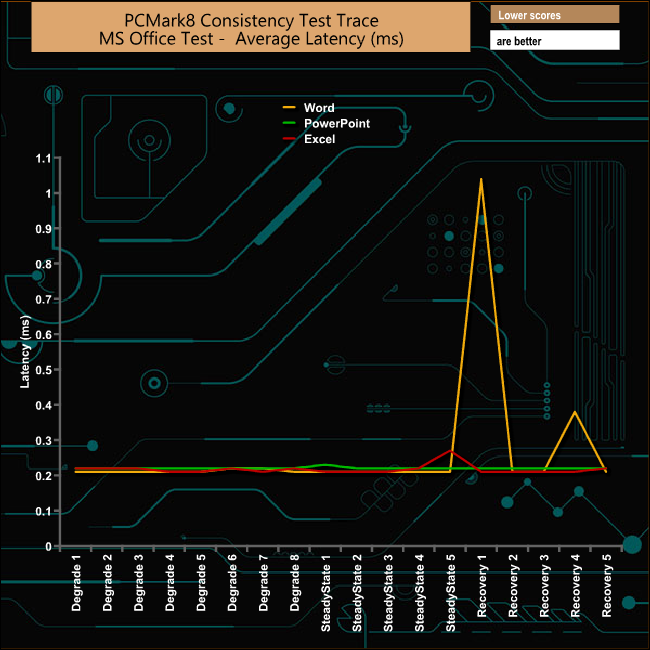 There’s a huge drop in bandwidth with the Microsoft Office Word trace at the fourth Steady State stage, and another but less dramatic drop in the fourth Recovery run, but  the drive recovers from both very quickly. There’s also a small drop in the Excel test run at the fifth Steady State phase. 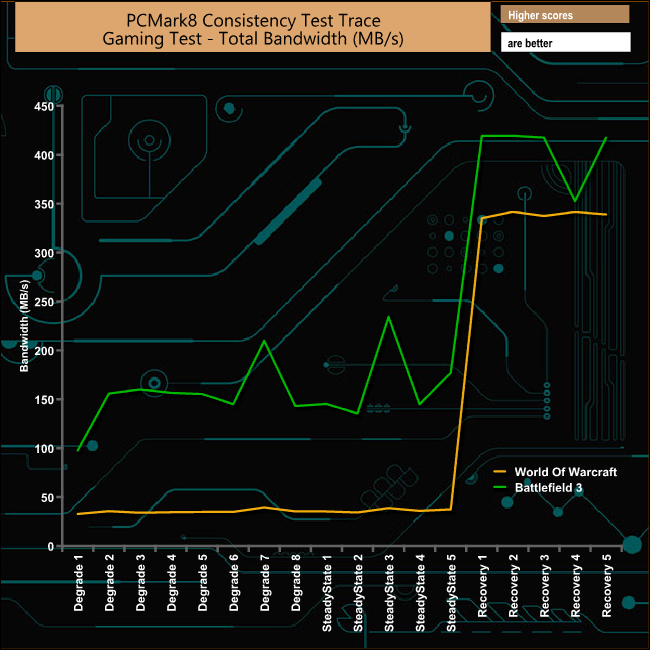 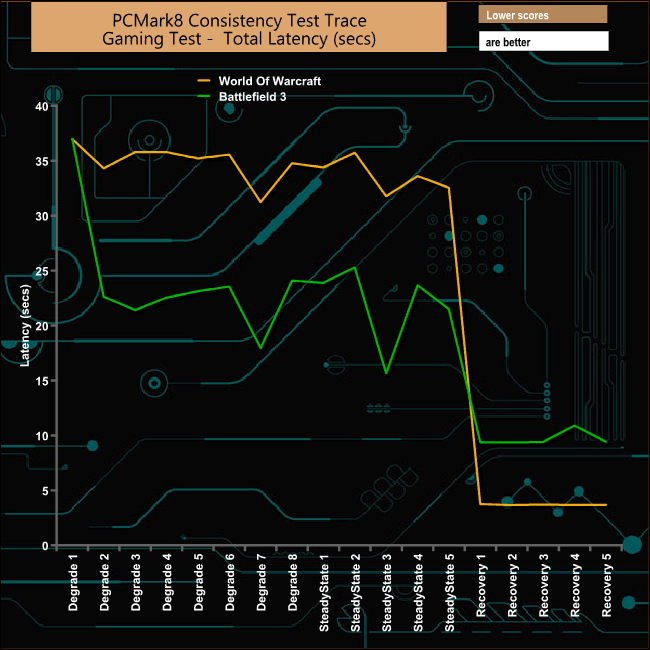 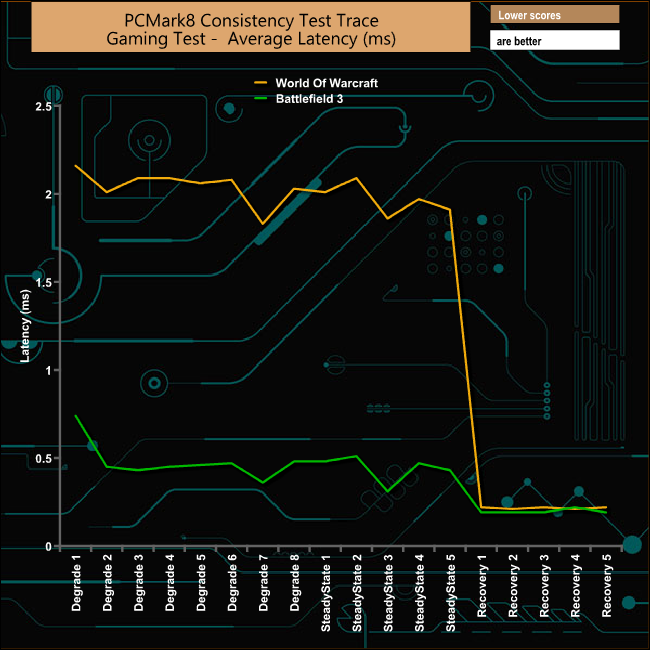 The Viper VPN100 struggles with the World Of Warcraft trace but seems to wake up during the recovery phase of that test trace, as the bandwidth rockets up from the fifth Steady State phase to the first Recovery phase, although the performance pans out afterwards.

The Dark Core RGB Pro from Corsair has "Hyper-Polling"?! Can you carpet your house with the MM500 mouse pad?