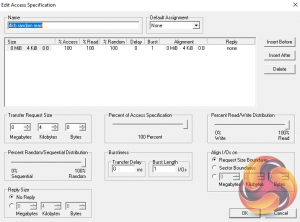 We test with both random read and write 4K tests, as shown above. There are many ways to measure the IOPS performance of a Solid State Drive, so our results will sometimes differ from manufacturer’s quoted ratings. We do test all drives in exactly the same way, so the results are directly comparable. 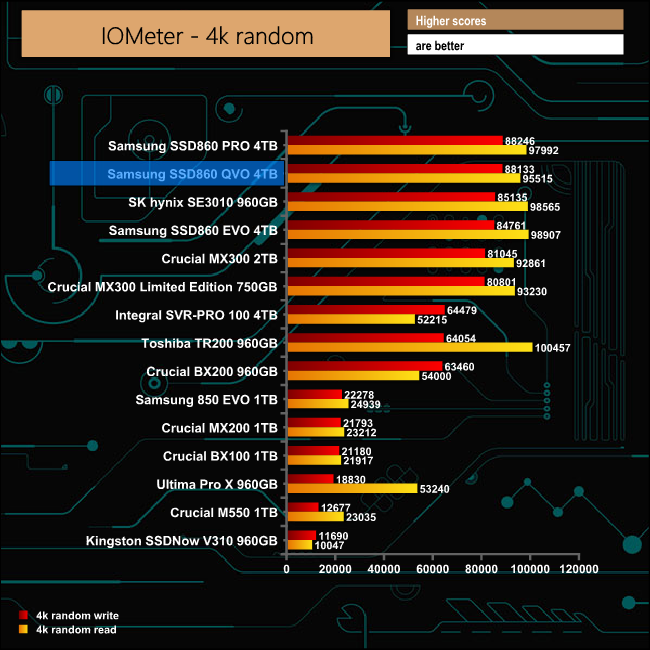 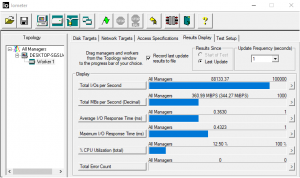 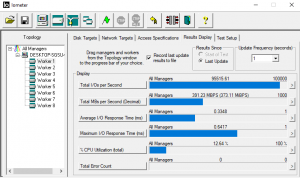 The SSD 860 QVO has better 4K random write performance than the 860 EVO, but it is not quite as quick as the 860 PRO. However, when it comes to 4K reads it’s faster than both of them. Our tested figures for reads and writes of 95,515 IOPS and 88,133 IOPS respectively are a little behind the official maximum figures of 97,000 IOPS reads with writes at 89,000.