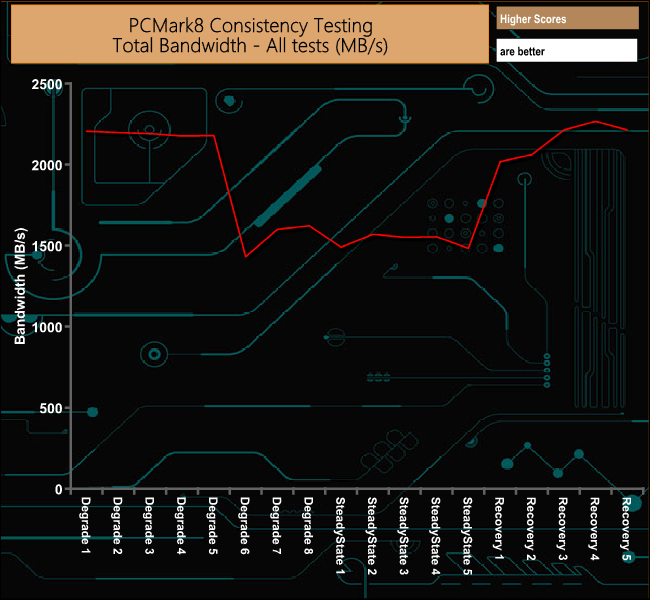 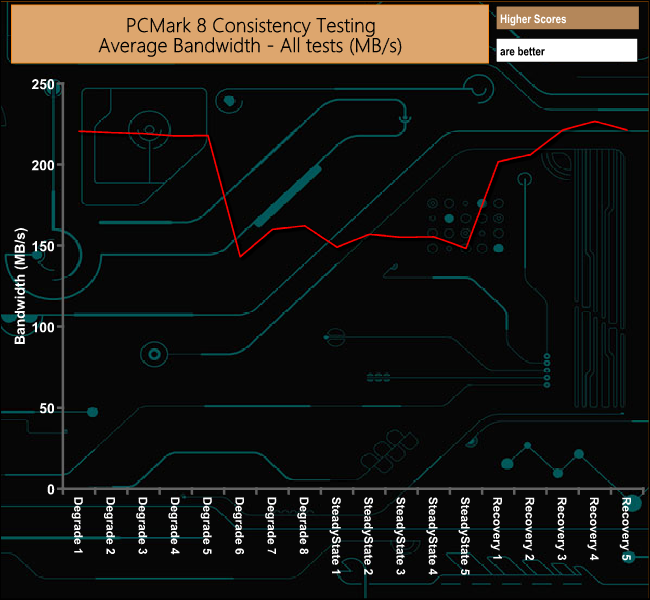 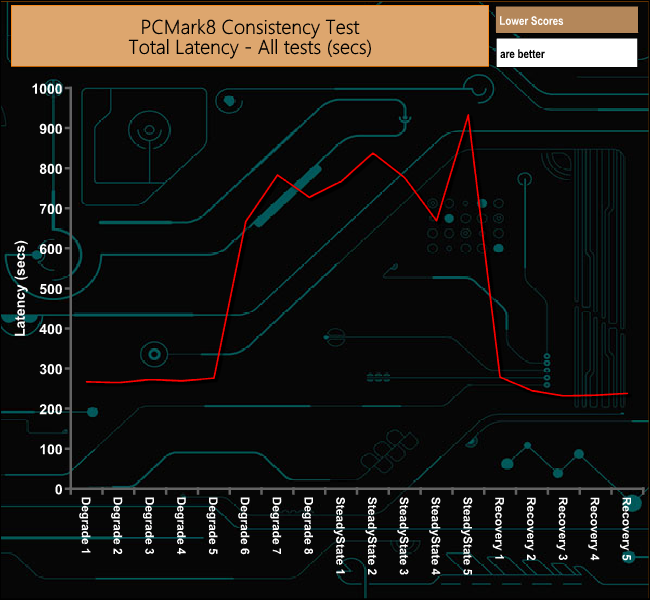 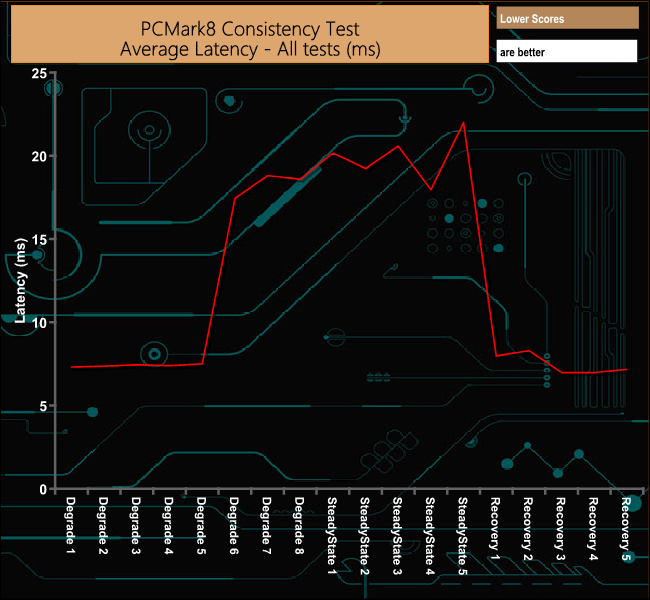 The drive gets hit quite hard during latter stages of the Degradation test and for the whole of the Steady State test. It recovers well from the ordeal, albeit a little erratically.