CrystalDiskMark is a useful benchmark to measure theoretical performance levels of hard drives and SSD’s. We are using V5.0.3. 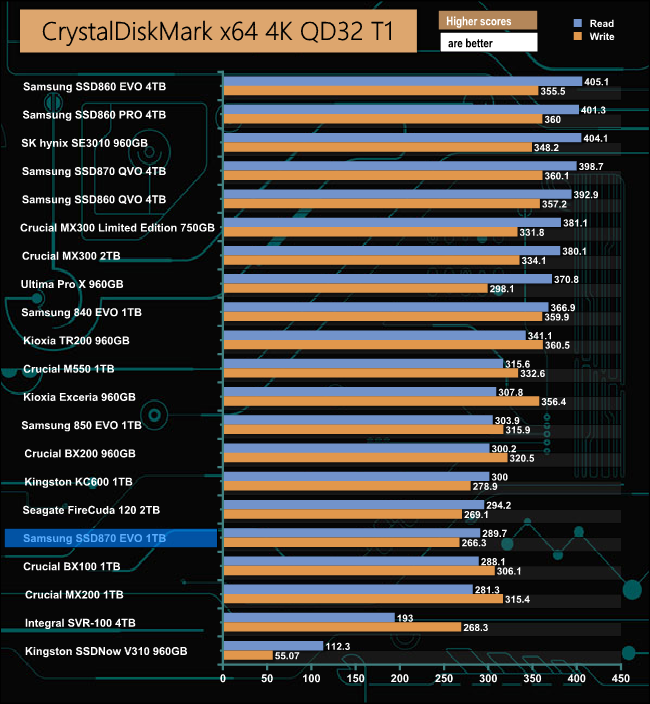 Samsung’s SSD 870 EVO didn’t seem to handle CrystalDiskMark’s deeper queue depth 4K test too well as sits in the bottom third of our results chart. But the Sequential performance results confirm the official read and write maximum figures of 560MB/s and 530MB/s respectively. 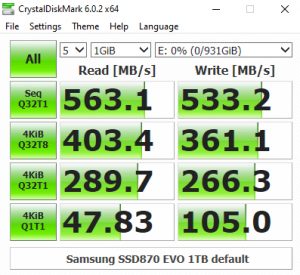 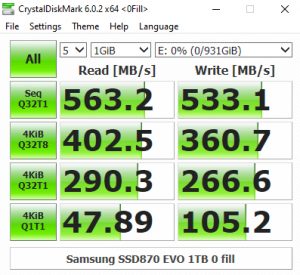 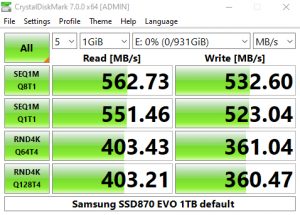 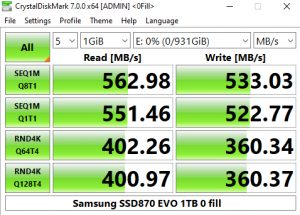 Once again we could confirm those official Sequential figures with CrystalDiskMark 7. Looking at the two benchmark result screens it appears that the controller in the SSD 870 EVO doesn’t have a preference in the type of data it is being asked to work with.

CrystalDiskMark 7 includes a couple of profiles that can be used for testing – Peak Performance and Real World. The result screens for these two profiles not only display MB/s results but also IOPS and latency. 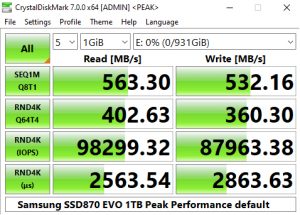 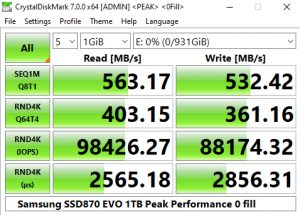 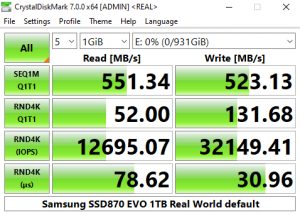 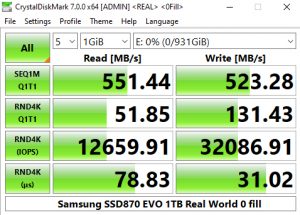 Looking at the Peak Performance results for Sequential read/write performance we could again, confirm both official Sequential performance figures. The drive is rated up to 560MB/s for reads and up to 530MB/s for writes. Under testing the 1TB Samsung SSD 870 EVO produced read/write figures of 563MB/s and 532MB/s respectively.

Samsung quote 4K random performance for the drive as up to 98,000 IOPS for reads and up to 88,000 IOPS for writes at a QD of 32. In the default Peak Performance profile, the best read figure produced by the drive was 98,299 IOPS with writes at 87,963 IOPS, confirming the official figures.

We also used CrystalDiskMark 7 to test the random performance of the drive at lower queue depths (QD1 – QD8 where most of the everyday workloads occur) using 1 to 4 threads. 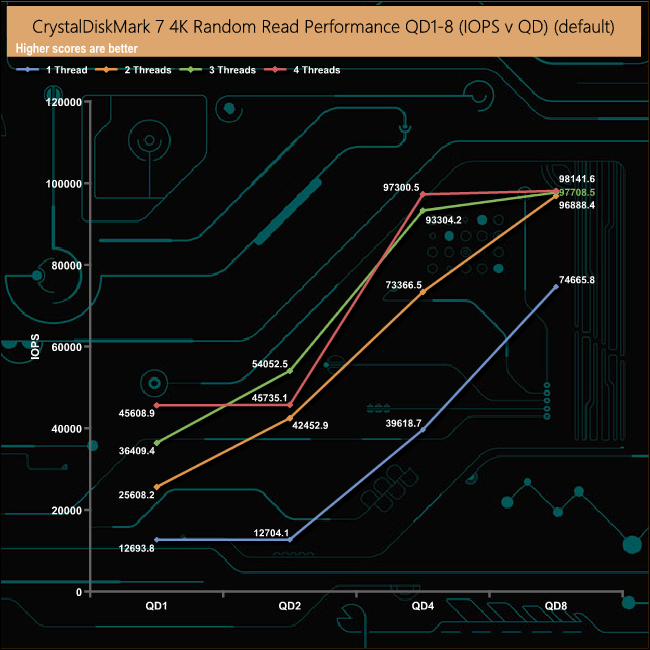 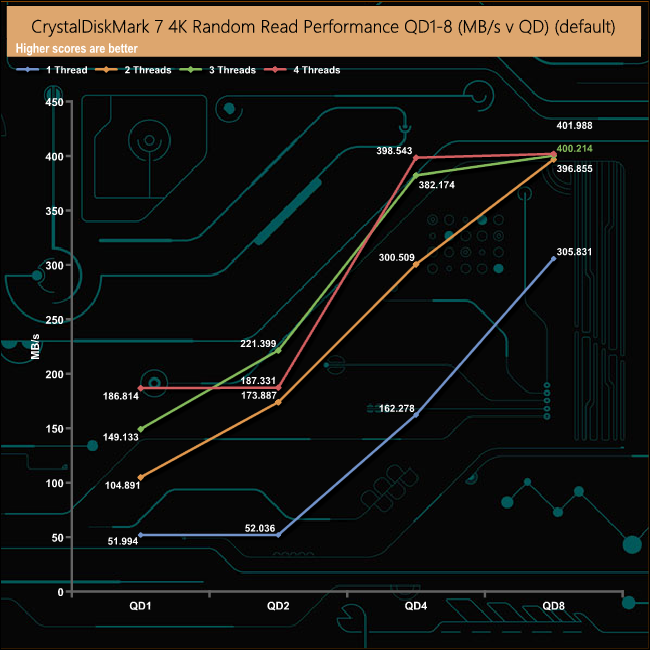 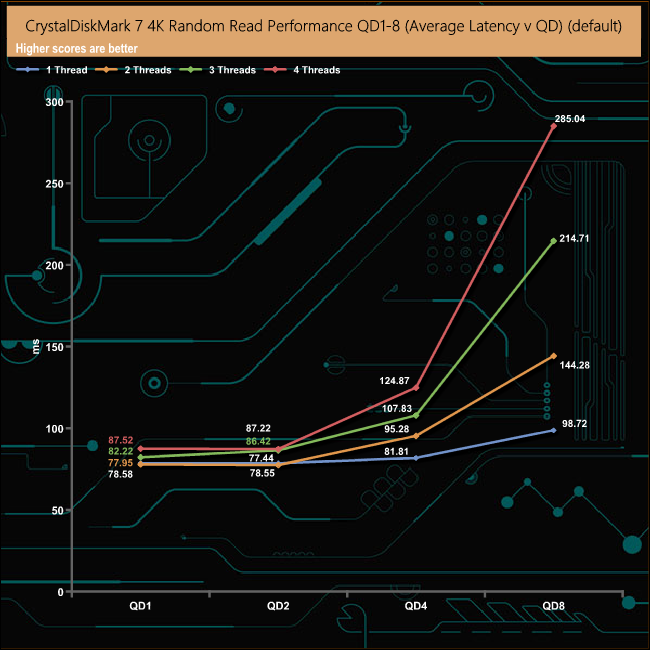 Using a single thread the drive produced a read figure of 74,665 IOPS (305MB/s) at the QD8 mark, but between QDs 1and 2 the performance plateaus out at just over 50MB/s before climbing pretty rapidly to reach the QD8 figure. It does much the same thing with 4-threads between QD’s 1 and 2 but this time the performance also levels off between QDs 4 and 8. 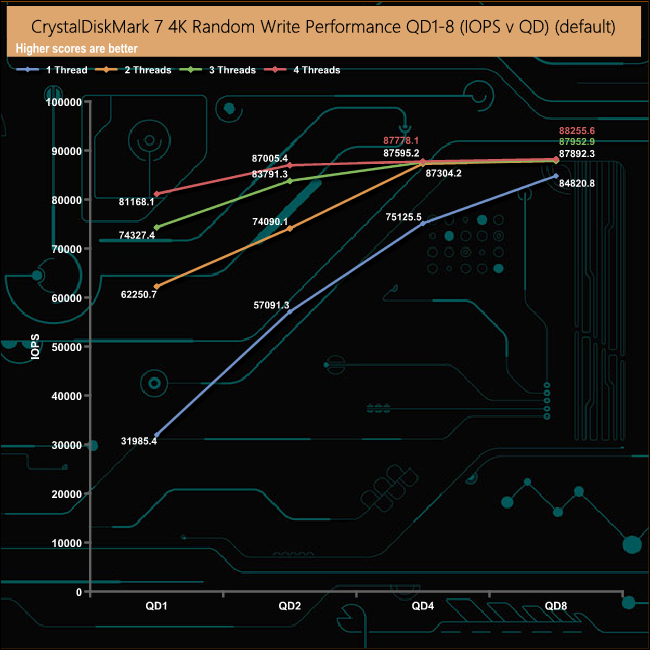 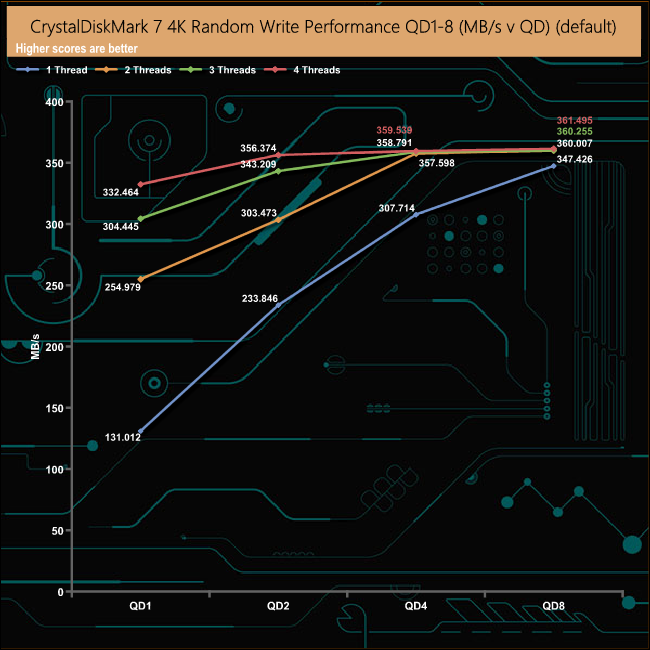 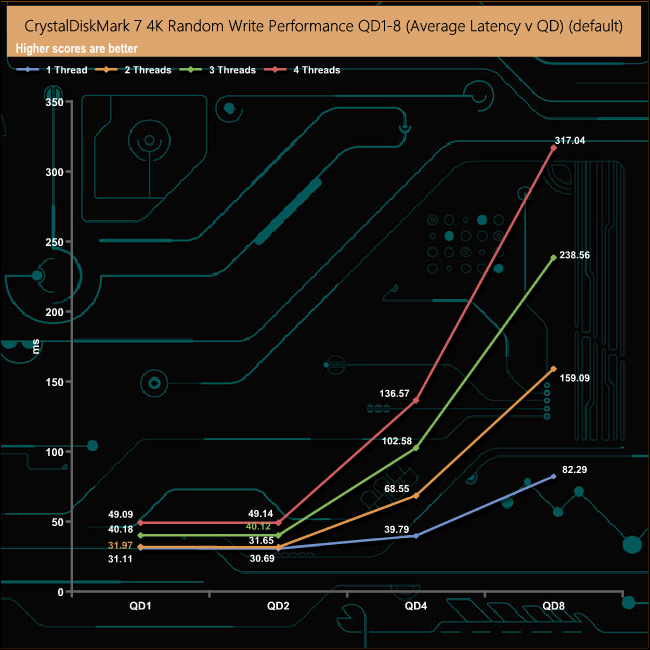 In the write tests, the drive produces the smoothest performance curve using just a single thread, with the drive moving from 31,985 IOPS at QD1 through to 84,820 IOPS at QD8. When tested using 2, 3 and 4-threads, the drive peaked at the QD4 mark for all of them, with the performance levelling off from QD4 to QD8.