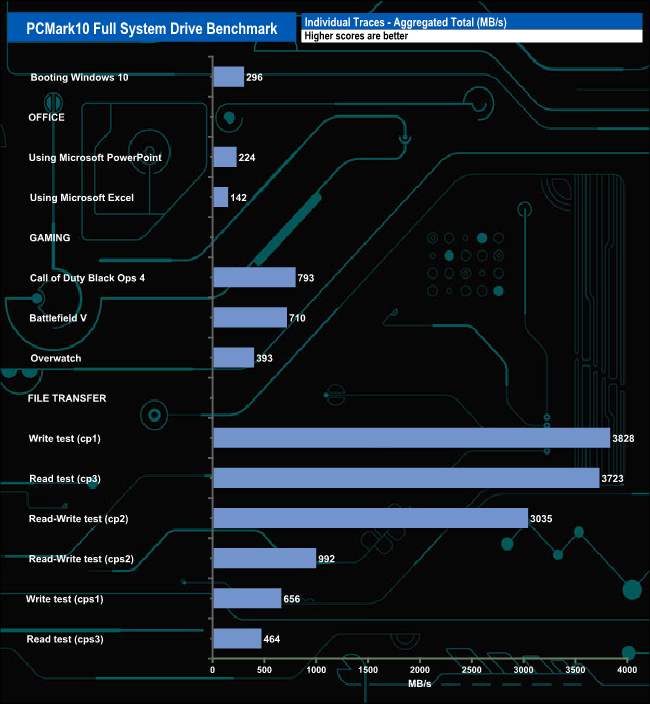 Seagate's FireCuda 530 handled the PCMark10 Full System Drive benchmark without any real problems. It was pretty consistent in the Adobe startup tests, averaging 232MB/s for the six tests. The 1,031MB/s result for the Adobe Photoshop (heavy use) trace was very good as was the 444MB/s for the Adobe After Effects usage trace.
It also scored well in the three iso read/write (cp1, cp2 and cp3) test traces. 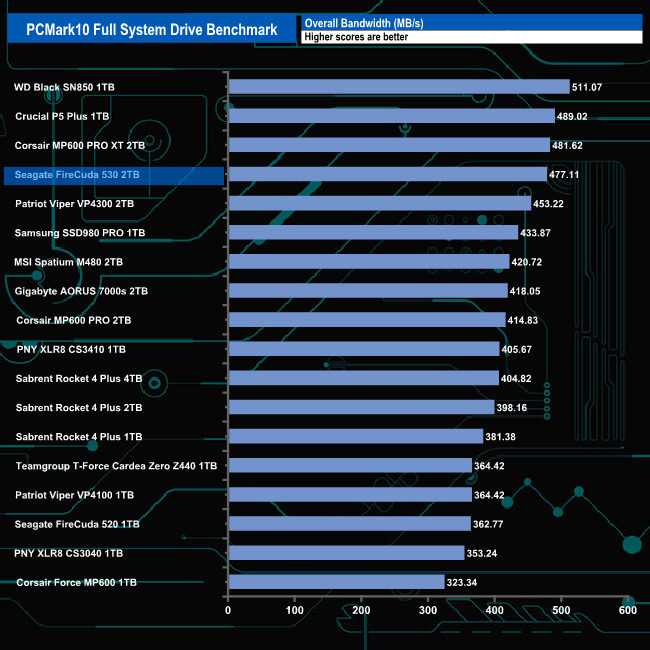 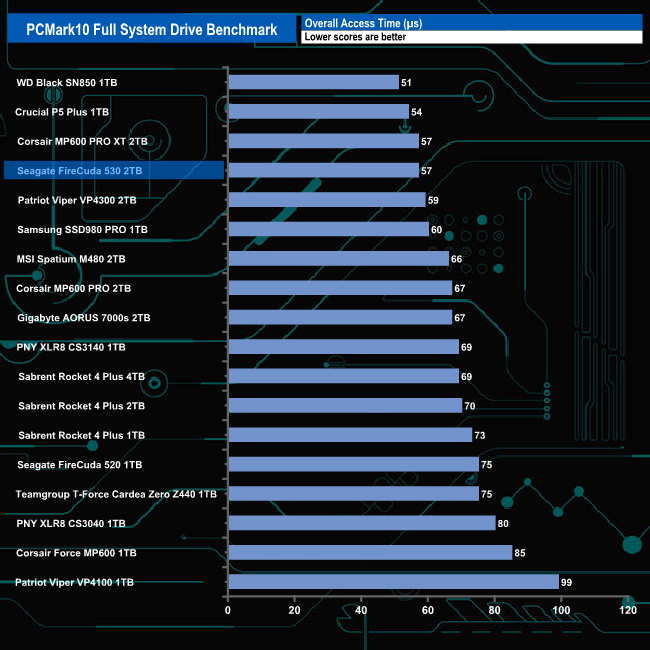 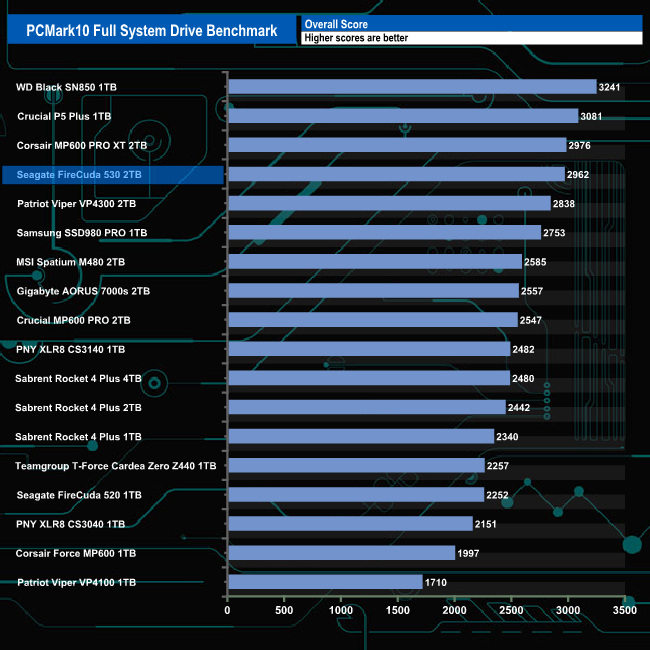