CrystalDiskMark is a useful benchmark to measure theoretical performance levels of hard drives and SSDs. We are using v7.0. 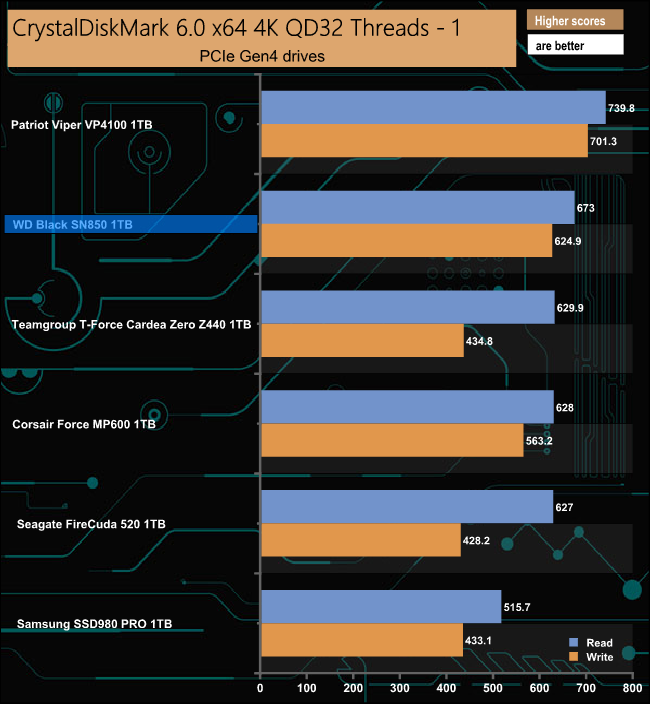 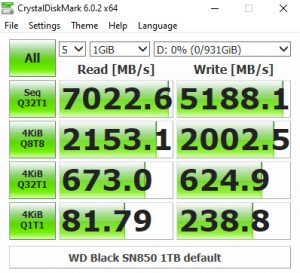 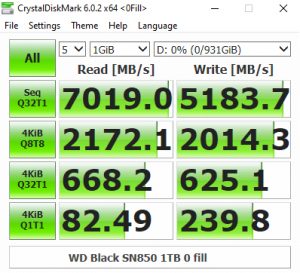 In the CrystalDiskMark v6.0.2 4K QD32 test the WD Black SN850 sits in second place behind Patriot’s VP4100 drive. Using this benchmark we could confirm the official 7,000MB/s Sequential read figure with a test result of 7,022MB/s. However, the write result of 5,188MB/s is a little short of the official 5,300MB/s.

Comparing the two result screens it appears that the WD Black G2 controller doesn’t have a preference when it comes to the type of data it’s being asked to handle. 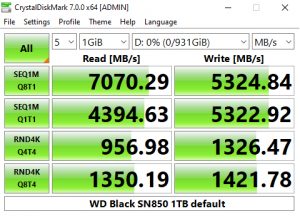 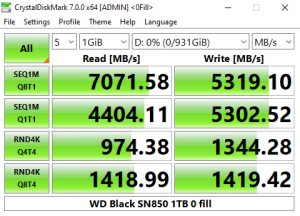 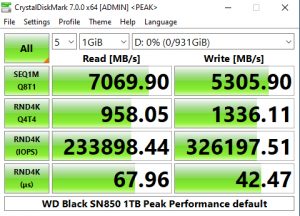 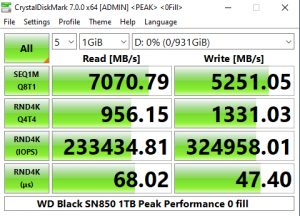 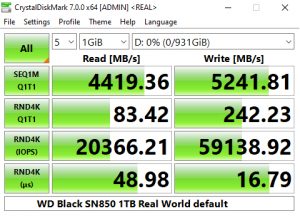 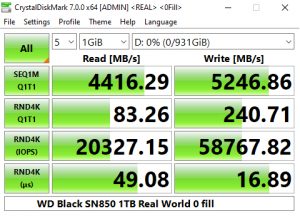 The latest version of CrystalDiskMark, version 7, includes a couple of profiles that can be used for testing – Peak Performance and Real World. The result screens for these two profiles not only display MB/s results but also IOPS and latency.

Looking at the results for Sequential read/write performance we could confirm both official Sequential performance figures. The drive is rated up to 7,000MB/s for reads, with the tested drive producing 7,071MB/s and up to 5,300MB/s for writes, with the best test result of 5,324MB/s. 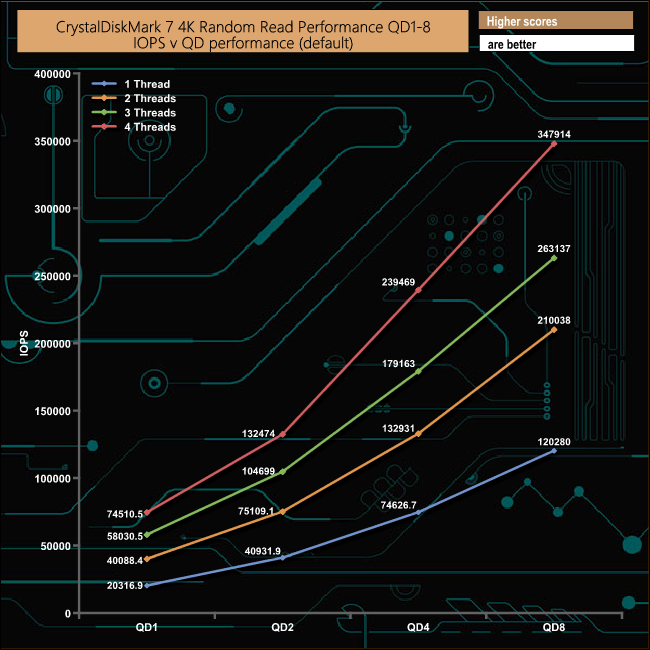 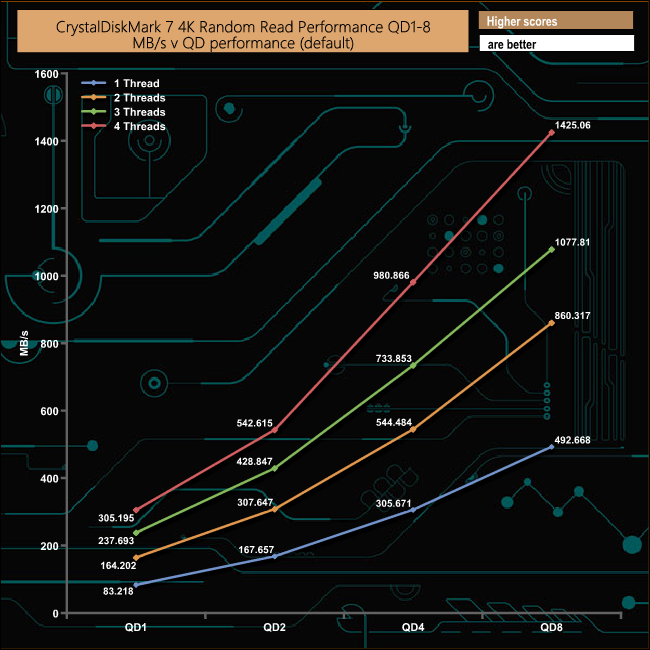 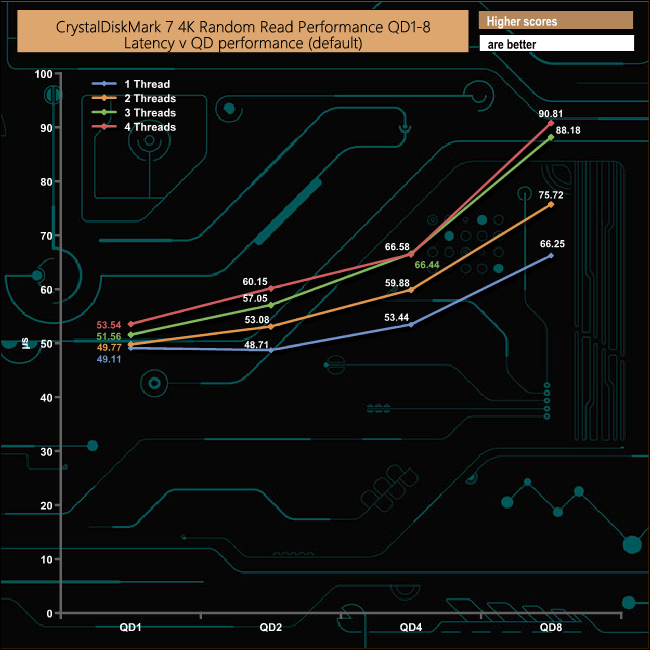 We also used CrystalDiskMark 7 to test the random performance of the drive at lower queue depths (QD1 – QD8) where most of the everyday workloads occur) using 1 to 4 threads. The WD Black SN850’s read performance climbs smoothly throughout the tested queue depths and threads with a peak performance figure of 347,914 IOPS (1,425MB/s) at QD8. 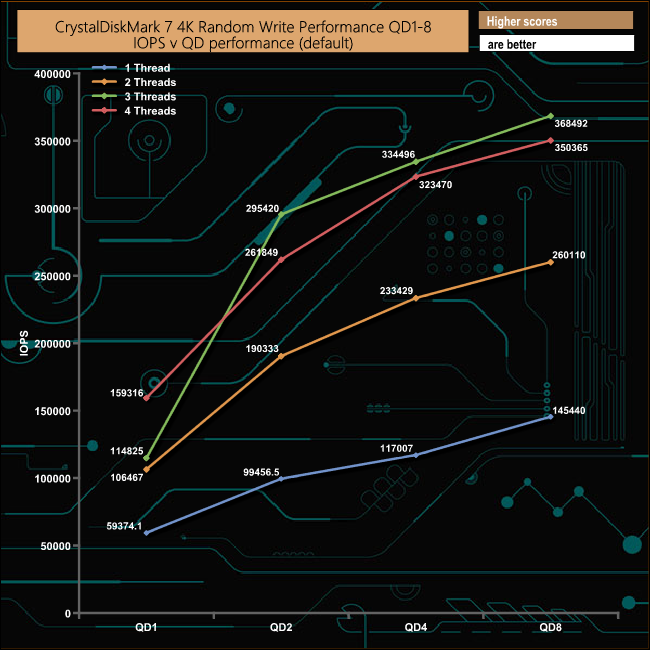 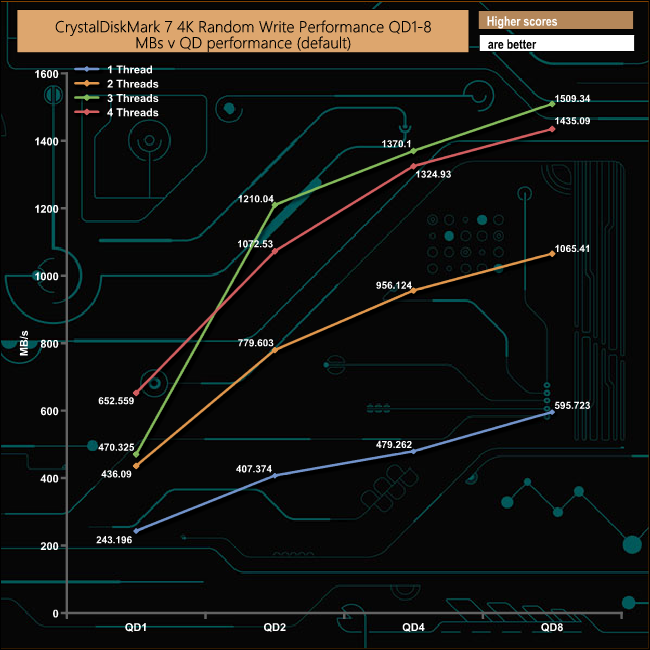 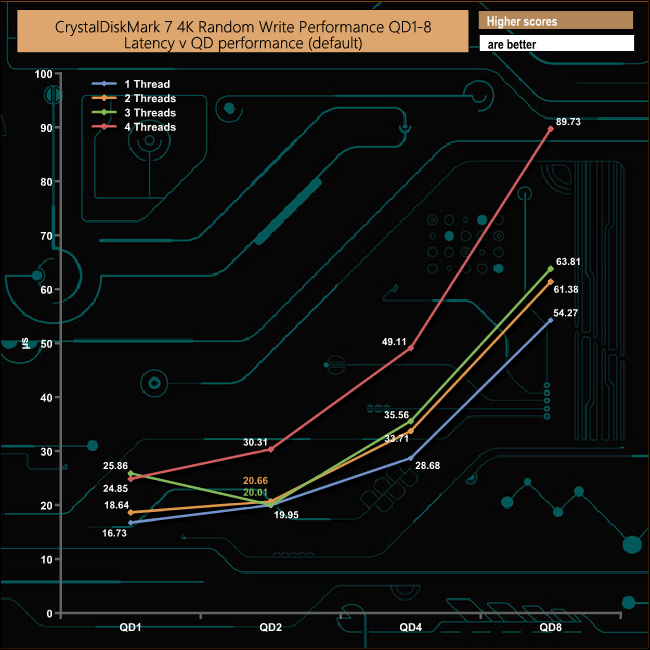