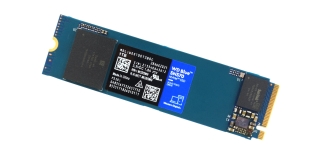 Hot on the heels of WD's latest NAS-focussed Red drive, the SN700, comes the newest addition to WD's mainstream Blue drive range, the WD Blue SN570. Priced at just £91.99 for the 1TB model, what does the SN570 have to offer in this extremely competitive market? 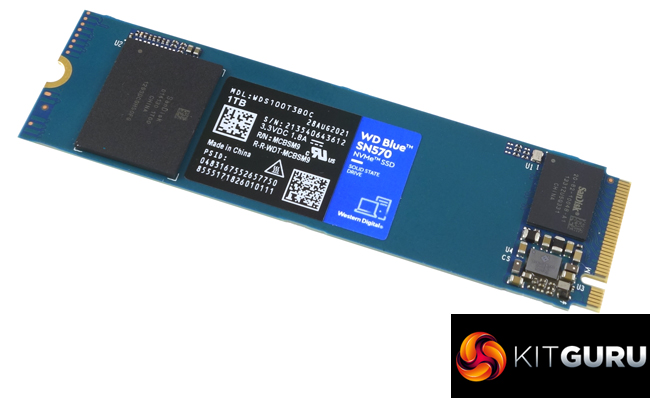 The new WD Blue SN570 line-up consists of three capacities at launch; 250GB, 500GB and the current flagship 1TB model, the drive we are reviewing here. It seems a little odd that there isn't a 2TB offering at launch, but the previous Blue SN550 model launched with the same three capacities as the SN570, with a 2TB model added at a later date so perhaps the same thing will happen to the SN570 product line.

WD has kept details of the controller and NAND very close to their chest (at the time of writing) but we presume that the controller is an improved version of the one that was used by the previous Blue SN550 and the NAND is the latest BiCS5, 112-layer 3D TLC NAND.

WD quote an endurance figure for the 1TB drive of 600TBW with the 250GB drive rated at 150 TBW and a 300TBW figure for the 500GB drive. WD backs the range with a 5-year limited warranty.