Hopping on to the virtual reality bandwagon isn’t cheap. Not only do you need to shell out around £800 for the headset and make sure your gaming PC is up to scratch, but the recent downturn in the pound’s value against the dollar hasn’t helped things. To ease that blow to your wallet, HTC is looking to make it easier to get Vive ready and has teamed up with HP to offer an entry level VR gaming system and headset bundle.

Known as the Vive Ready HP Computer Bundle, the system comes fully equipped for roomscale virtual reality. It combines the latest release of the HTC Vive headset (with three in one cable), trackers and controllers, along with an HP Envy 750, which has internal hardware capable of running high-end experiences. The price of £1,500 isn’t even that bad – and you get free shipping too. 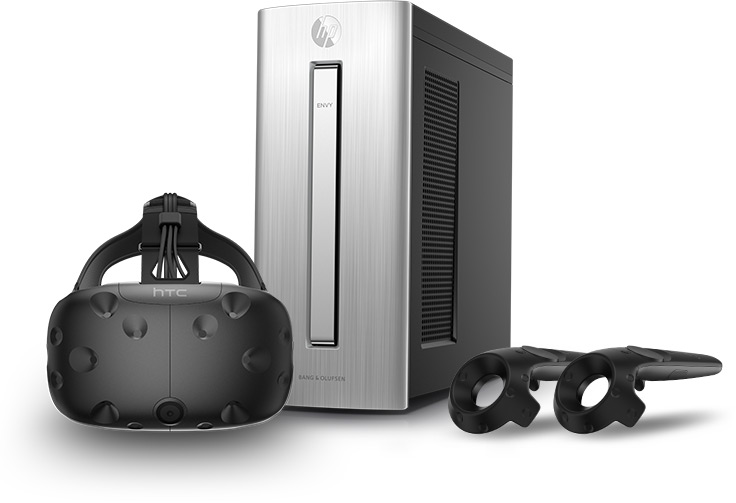 Inside the HP Envy you will get an Intel Core i5-6400, 8GB of DDR4 SDRAM, an AMD RX 480, 128GB SSD and 1TB HDD, a wired mouse and keyboard and a pre-installed copy of Windows 10 Home. It’s a complete package and though not exactly top of the line, is more than ready for virtual reality. Indeed, considering the HTC Vive itself is close to £800 at most outlets, £700 for a pre built system with those specifications isn’t half bad.

It even comes with a demo of TheBlu and a pre-installed copy of Valve’s free VR experience simulator, The Lab.

KitGuru Says: Even with the Oculus Touch controllers coming out soon, I’d still suggest the Vive was the best value for money VR experience and ultimately the better one too, thanks to its stock-roomscale support. Does this bundle interest any of you guys?