If you were wondering what the inside of a HTC Vive virtual reality headset looks like but don't have the stomach to take your own one apart, never fear, iFixit is happy to do it for all of us. The step by step process is a lengthy one, but ultimately not too complicated, suggesting that if we all had to, we could probably repair our own Vives.

iFixit's teardown shows everyone step by step how to take apart a Vive and though the process would be rather nerve racking considering how getting hold of a Vive still isn't that easy, it doesn't seem too complicated. Indeed Valve/HTC seem to have gone to a lot of effort to use standard parts for cabling and everything is detachable without much adhesive.

There's no tape involved either, which means not only can you take the headset apart, but putting it back together again doesn't require replacing much sticky material. 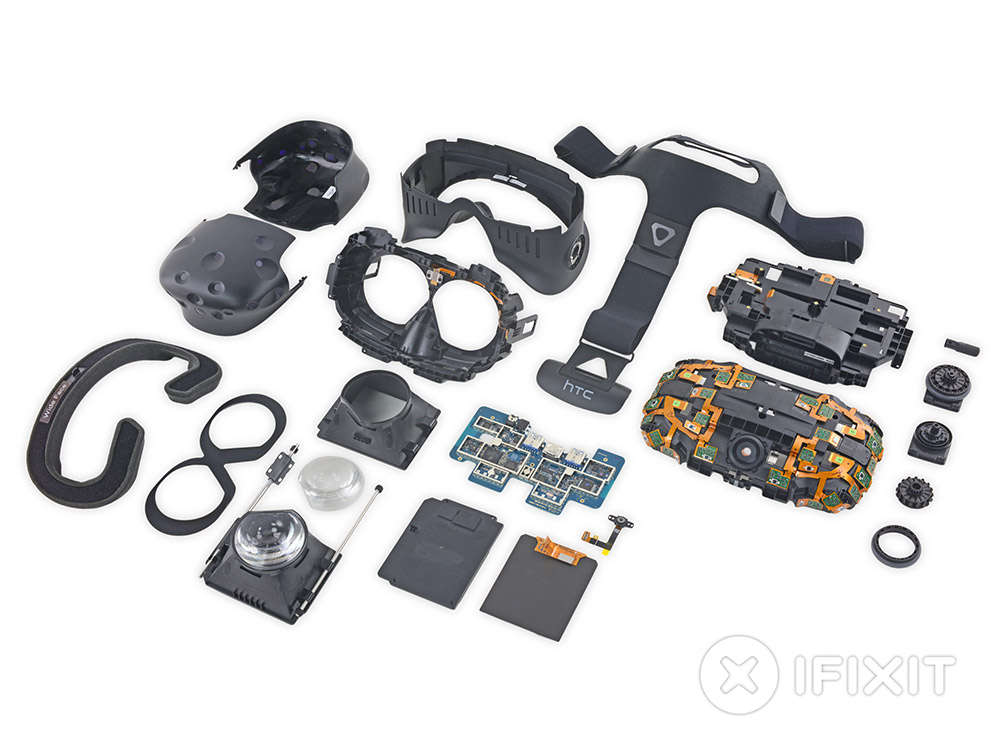 At the point of dissecting the front of the Vive, iFixit notes that it's very similar to the Rift in that respect. Indeed both headsets use 90Hz, 1,080 x 1,200 AMOLED displays, though the lenses are very different, in shape and design.

The teardown confirmed that the displays HTC opted for for its Vive are Samsung branded. They offer 447 pixels per inch, which is slightly lower than the Rift's 456 pixels per inch, due to the slightly smaller displays that headset uses.

The only negative point that iFixit gave the Vive's repairability, was that there are a lot of delicate components, which could be damaged during dismantling and there is a bit of adhesive used to keep the lenses and Lighthouse covers in place. In comparison, the Oculus Rift received a 7/10, as it used a lot of very delicate ribbon cables which are easy to damage.

KitGuru Says: There is absolutely no way I'd have the balls to take apart my Vive or Rift. I was concerned enough taking off the face padding to put a new cover on.