Oculus has faced a lot of criticism recently, largely due to the fact that the company has been buying timed exclusivity for a lot of upcoming VR games, some of which were previously going to launch on the HTC Vive and Oculus Rift at the same time. Now, Oculus's head of content, Jason Rubin, has spoken out, defending the company's strategy and claiming that it is actually good for the VR Industry in the long run.

Oculus has been pushing money into the VR ecosystem in order to speed up growth, according to Rubin, who likened VR's current position to that of the PC back in the early days:”If you look at the PC ecosystem, it's grown over decades. I remember the first games that I was making we were putting in ziplock bags – this would've been early '80s, '84, and selling for about the same price to handfuls of people. There was certainly national publishing, but if you sold 100,000 units it was a massive hit because there just weren't that many people playing games. And so you could only spend so much on games, so the games were smaller”, Rubin said to GamesIndustry.biz.

“Over decades of time, you sold a good game, it made more people interested in gaming, so more people bought PCs to play games, which brought more developers to it, which made better games, and over decades that's built up to $100 million games. We have these massive games out there now that everybody loves, everybody wants to play, that wouldn't exist unless that ecosystem had built up over decades.” 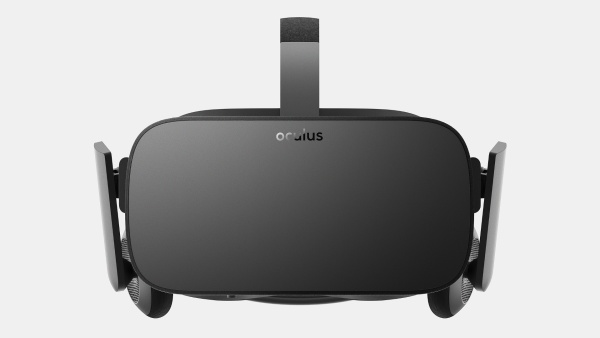 Rubin went on to explain that we now live in a time where high-budget games are the norm but developers aren't ready to spend triple A amounts of money on a VR title yet as the market is still unproven. “As a developer looks at a multi-million dollar production in VR right now, they say there's no way that will earn its money back in any reasonable amount of time, so instead I'll go make a non-VR PC game of that scale if I want to because that's a better bet. We don't like that. We don't want it to be $500,000 games this year, million dollar games next year, two million dollar…and take decades or at least a decade to build itself to the point where you can afford bigger games.”

To speed up this process and allow for more expensive projects to get off the ground from the get-go, Oculus has been offering to help out with development costs in exchange for timed exclusivity on the Oculus Store. By kickstarting development in this way, Oculus is hoping to attract more customers, which will lead to more developers eventually deciding that they can afford to splurge on a more expensive VR game on their own as the user-base is there and waiting. In some cases, Oculus is also helping developers finish up their games properly:

“In a lot of cases, we're looking at software that's in process, where the developers are running to the end of their logical stream of cash and they come to us and they say, ‘I want to put this in your store,' and we say, ‘That's awesome. However, we can tell it's kind of unfinished.' And they're like, ‘We can't finish it. We don't have the money to finish it.' And we say, ‘Well, how about we give you a little extra to finish it and in exchange you bring it out as an exclusive in our store for a limited amount of time, continue to develop for all platforms, and then put it out on all platforms?' The better game gets to all consumers in that case.”

If you have been following VR news recently, then the full GamesIndustry interview is well worth a read, Rubin puts things into perspective quite well and it is nice to actually hear Oculus's side of the story.

KitGuru Says: Nobody wants to see the VR market turn out the same way as consoles, where you have to buy specific hardware to play specific games. So far, Oculus's messaging has been that games aren't exclusive to the Rift, they are exclusive to the Oculus Store, so the easiest fix here would be to just put the store on other headsets, like the Vive. That said, I can still see where Oculus is coming from here. Where do you guys stand on all of this? Do you think Oculus's plan to boost VR games is good for the industry or is timed exclusivity a deal breaker for you?