Razer has shown off a new OSVR Headset

A while back, Razer became one of the founding members of the Open-Source Virtual Reality (OSVR) initiative, which is also supported by many other companies in the gaming and tech world. Since then, Razer has been selling the ‘OSVR HDK' with a fairly minimal focus on regular consumers. However, this week at E3 Razer began showing off the OSVR HDK2, which will apparently rival the likes of the Oculus Rift and HTC Vive at a lower price point.

Razer today announced the OSVR HDK 2, which will ship with a $399 price tag, lower than the $799 and $599 prices found on the HTC Vive and Oculus Rigt. The HDK 2 comes with a 90Hz display running at a 2160×1200 resolution, it also uses an infrared camera to track the headset wearers movements. The lenses can also be adjusted depending on how strong the user's natural sight is. 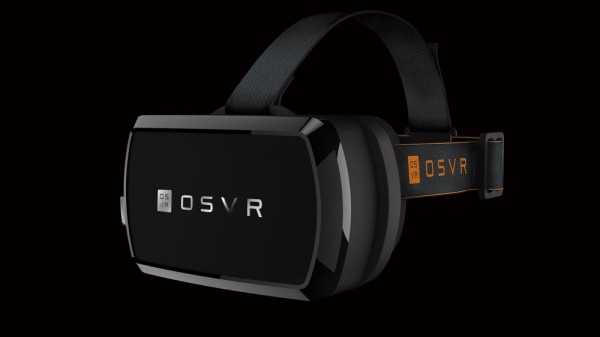 This headset will be sold once again on Razer's online store and is a fairly significant jump over the previous devkit, with a higher resolution screen, better optics and better tracking. Razer will also be putting a $5 million fund into effect, which will help promote VR content and give developers the chance to apply for a pace of the pie to get their project off the ground.

The HDK 2 is currently scheduled to come out in July but according to PopSci, there are some software bugs still present that need to be squashed so things might change.

KitGuru Says: While the OSVR HDK 2 might match the Oculus Rift and HTC Vive in terms of their display resolutions and refresh rates, there is a lot more to a VR headset than that. It would be interesting to see how the rest of the tech inside of the HDK 2 fares against the likes of the Rift or Vive.