PlayStation VR has been quite successful since its launch in October last year, to the point that Sony is now exploring ways to expand the scope of its virtual reality offerings on console. Right now, one of the main things separating console and PC VR is the tracking, with the Oculus Rift and HTC Vive both being capable of ‘room scale’. However, it looks like Sony is looking into ways to allow PSVR owners to physically move around their virtual worlds too.

Last year, Sony filed for a patent detailing a tracker that works in a similar fashion to the HTC Vive base stations. The image depicts a tracker mounted on a wall above the standing player, delivering tracking to the room. 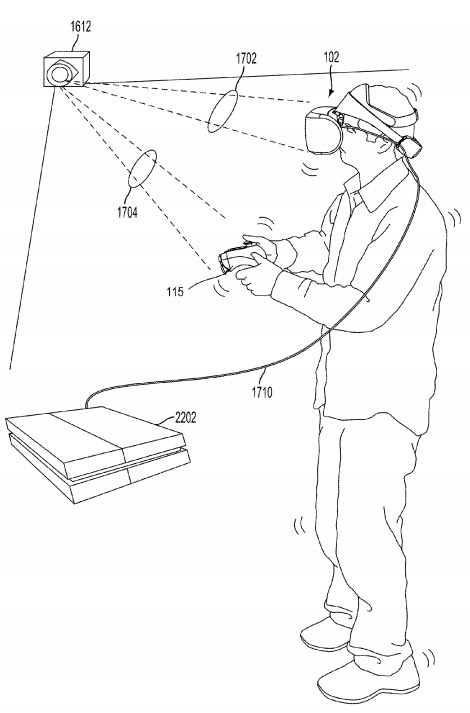 Right now, the PlayStation Camera is used to track the PSVR headset using light. This method works well but limits you in terms of movement. This patent seems to depict a tracker with a greater degree of freedom but perhaps not completely room-scale like the HTC Vive.

The patent also seems to say that this tracker would be wireless, so it could connect to the PS4 via WiFi or Bluetooth. Either way though, this patent only serves as proof that Sony is experimenting with these ideas, rather than confirmation that this would turn into a purchasable product.

KitGuru Says: It is good to see Sony continue to experiment with how it brings virtual reality to console. However, I do wonder how many console owners would have the space for a larger scale VR setup. After all, having the space for a decent room-scale setup isn’t particularly common.