It looks like there is now a competitor on the market for MSI's VR backpack as Zotac has stepped into the ring with the VR Go, a wearable PC packing an Intel Core i7 processor and a GTX 1070, designed to untangle your VR experience and free you from the shackles of cables.

Zotac's VR Go backpack is rated for two hours of use on a single charge but it does come with two Li-ion batteries, which can be hot-swapped, so theoretically you can get around four hours of wire-free VR before needing to stop completely. It also comes with support for both the HTC Vive and the Oculus Rift, which now both support room scale set ups and motion controls. 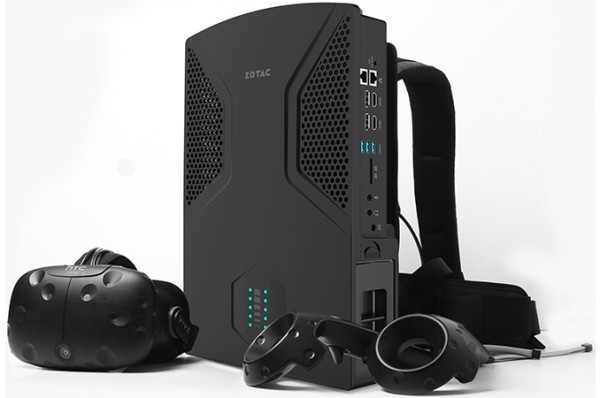 Obviously, while this is aimed at virtual reality enthusiasts, it can also be used as a regular PC, with three HDMI 2.0 ports and two DisplayPort 1.3 connections for monitors. You also get dual Gigabit LAN, an 802.11ac WiFi card, six USB 3.0 ports and an SD Card reader, so the I/O selection is quite fleshed out. The only real thing missing is USB Type-C.

KitGuru Says: Given how quickly Oculus/HTC/Valve have turned their attention to wireless VR, it won't be long before solutions like this aren't needed. However, with the hardware we currently have access to, this is one of the few ways to achieve wireless VR right now.