AMD’s ‘Carrizo’ processor may never make it to desktop computers

In order to cut-down power consumption of “Carrizo” chips compared to current-generation “Kaveri” APUs, AMD and GlobalFoundries had to make changes to 28nm super high performance (SHP) process technology. The new wiring line of the process that is used to manufacturer AMD’s “Carrizo” APUs helps to reduce power consumption of the chip, but does not allow it to run on high frequencies and thus address the market of high-performance desktops, reports PC Watch web-site citing explanations by AMD. 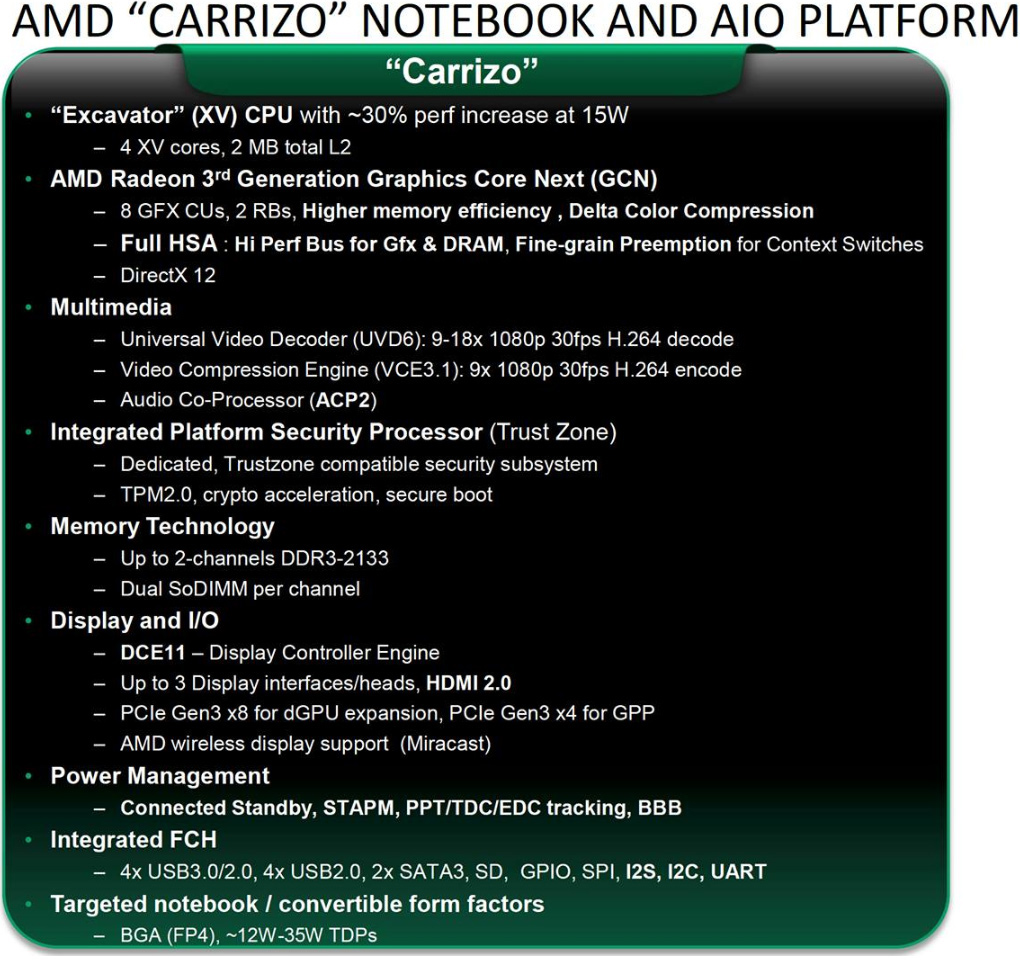 The wiring layer of “Carrizo” is similar to that of highly-integrated low-power processors like “Beema”. This allowed AMD to increase transistor density of the chip; as a result, despite of the fact that “Carrizo” features higher transistor count compared to “Kaveri”, it has similar die size and manufacturing cost.

While AMD can alter design of “Carrizo” and make it using the “old” 28nm SHP process technology, it is a very expensive and time-consuming process. As a result, AMD could skip it and continue addressing desktop market with Kaveri APUs till 2016.