Assassin's Creed Syndicate is already out in the world and making a positive impression on console owners. However, this year Ubisoft made the smart decision to spend a little extra time on the PC version, which comes out in a couple of weeks. Now, we can take a look at the minimum and recommended system requirements for Syndicate's PC port.

On the minimum side, Ubisoft is recommending that PC gamers have at least an Intel Core i5 2400S or AMD FX-6350 processor, 6GB of RAM and a GTX 660 or R9 270 graphics card. The game itself calls for 50GB of storage space too. 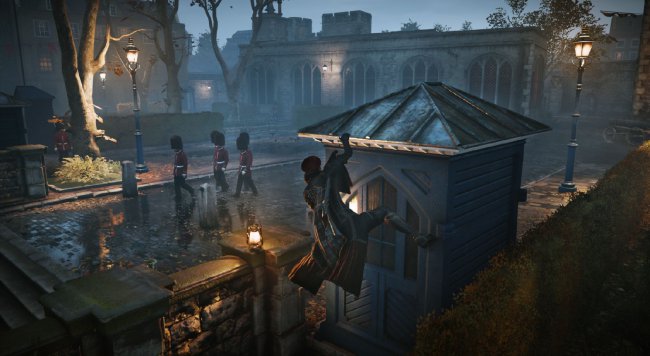 Those wanting to crank the settings up will need to take a look at the recommended system requirements, which include an Intel Core i7 3770 or an AMD FX 8350 CPU, 8GB of RAM and a 4GB GTX 760, GTX 970 or an AMD Radeon R9 280x. Ubisoft notes that in order to run the game at higher settings, you will want at least 3GB of VRAM, though there will be a VRAM usage meter in the settings menu, so you can tweak things properly.

Overall, this is an improvement over Assassin's Creed Unity, which required PC gamers to have at least an Intel Core i5 2500K and a GTX 680 or Radeon 7970 for minimum settings. Recommended GPUs included a GTX 780 and Radeon R9 290x, so it is clear that things have been optimized better for lower end hardware this time around. Now we just have to wait and see the actual performance numbers when Syndicate launches on the 19th of November.

KitGuru Says: Ubisoft needs to turn things around this year with the PC audience. Assassin's Creed Syndicate actually running well will be a good start, we already know that the game is running much better on consoles so it will be interesting to see how things turn out on the PC. Are any of you thinking about grabbing Assassin's Creed Syndicate on the PC this year? Are you holding off to see reviews?