At CES today, we had the chance to catch up with the folks at Dell, who were armed with top of the line Alienware gear for 2018. For starters, there is a new 21:9 3440×1440 monitor on show, with an IPS screen and a 100Hz refresh rate. However, there are also some impressive laptops on show, one of which sports an impressive OLED display. 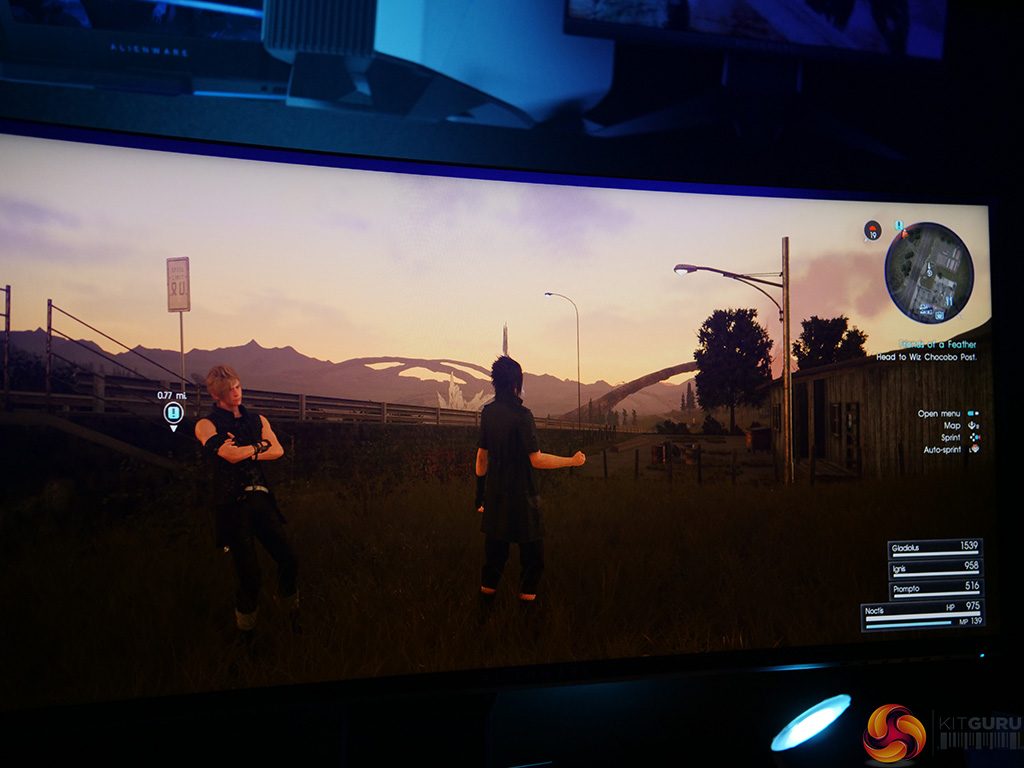 We had a chance to chat about the new Alienware 34-inch ultrawide monitor with Justin from Dell in a Facebook live stream yesterday. It was displayed running the PC version of Final Fantasy XV in native 21:9, which is big news for fans of the game looking forward to the PC version. The display itself has a 3440×1440 resolution and an IPS panel capable of 100Hz, making for an ultra smooth experience.

The Alienware 13 and Alienware 17 laptops were also on show. The 13-inch model stands out thanks to its optional OLED panel, it is also hailed as the world's first VR-capable 13-inch notebook. These can be configured with various GTX 10-series GPUs, as well as 7th Gen Core H processors, so you can expect plenty of gaming grunt.

The Alienware 17 is also using Intel's 7th Gen CPUs, but is capable of providing beefier gaming performance with up to 180 watts of dedicated power for graphics. The 17-inch laptop uses a QHD or UHD IPS panel. The QHD version has G-Sync, so for gaming, it is likely to be the preferred option. Other features include Tobii IR eye-tracking, a beefy Killer Wireless-AC 1550 card for super fast networking and GPU options ranging from the GTX 1060, 1070 and 1080.

Alternatively, both of these laptops come with a Thunderbolt 3 connector, so you could hook up an external GPU box for extra power at your desk.

KitGuru Says: Alienware's early 2018 lineup is as flashy as ever. We also had the chance to check out Dell's new XPS and Inspiron systems, which you can read about, HERE.