Traditionally, the all-in-one form factor has never been great for gaming PCs, which is down to many factors including power efficiency and heat dissipation. However, Maingear is looking to change that with its own line of 3440×1440 34-inch ultra-wide all in one gaming computers, which are capable of cramming the most powerful hardware into the package.

Maingear first unveiled the Alpha 34 all in one system at CES this week, making it the world's first to offer this calibre of hardware. As a standard, the PC comes with a Mini-ITX motherboard, with higher end options including the ASRock X99E-ITX and the Asus ROG Maximus VIII Impact. It doesn't end there, though, users will also be able to pick between a standard Intel Skylake Core i3/i5/i7, an X99 chip all the way up to the eight-core 5960X or you could also grab an eighteen-core Xeon. 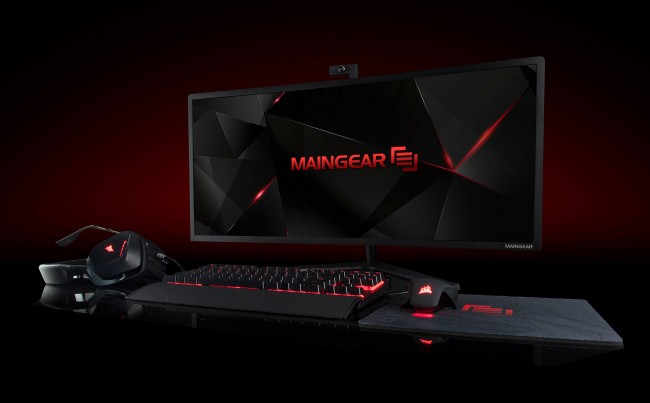 Maingear has also found a way to include full desktop GPUs in the mix, with options as high as Nvidia's GTX Titan X. Obviously in order to keep thermals in check, blower-style GPU coolers will need to be used where they can on both the AMD and Nvidia side. Higher end GPU selections will also give you the option of fitting your monitor with G-Sync technology on the Nvidia side though FreeSync comes as standard should you go with AMD.

KitGuru Says: I would actually be very interested to see one of these up-close and get some hands on time- it is certainly an interesting idea.