OCUK’s £999 Gaming Optic bundle gets you a PC, Oculus Rift and Touch

A year ago, buying into VR was an expensive endeavour, particularly if you didn't already have a well spec'd PC. Fortunately, prices have been getting lower as we can see by Overclockers UK's new VR PC and Oculus bundle, which is quite the steal compared to VR costs just one year ago.

The OCUK Gaming Optic: Special Edition is a £999 bundle, including a ‘VR ready' PC, bundled with an Oculus Rift and the highly praised Touch controllers. This is the first VR PC and Oculus Rift combo in the UK for under a grand. The system here has been designed to include everything you need for an optimised, smooth virtual reality experience out of the box. It is also a solid PC for modern 1080p gaming, so you won't need to worry about being able to run the latest games. 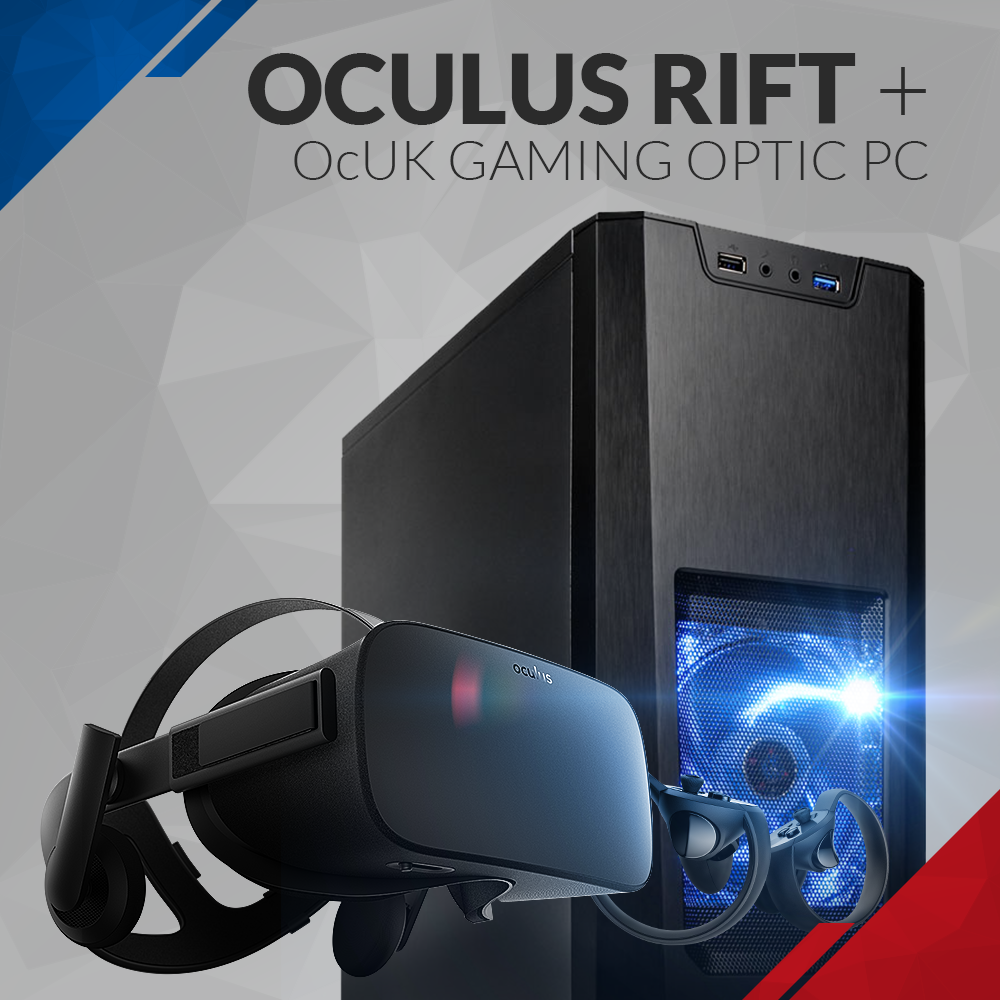 Here are the specs for the system:

If you have a bit more to spend, then you can upgrade the GTX 1060 to a GTX 1070, add more RAM or throw in an SSD. Aside from that PC, you also get a brand new Oculus Rift headset and the Touch Controllers, so you will be able to take advantage of motion-controlled games as well.

The OCUK Optic Special Edition bundle is available from today onwards for £999. At the time of writing, all options are in stock, so you won't have to wait around for new parts to come in.

KitGuru Says: With prices dropping and new bundles like this popping up, it will be good to see more people making the jump to virtual reality. Have many of you tried VR out on a PC yet?

Previous Apple predicted to become the first trillion-dollar company by next year
Next Viking begins shipping the industry’s highest capacity SSD, measuring in at 50TB