To test, we used a high end system and one of our favourite soundcards available right now, the Audiotrak Prodigy 7.1 E XFI Soundcard combined with the £500 Graham Slee Solo headphone amplifier. We utilise this with our Grado GS 1000i headphones on a regular basis.

We also want to test the headphones with music and as a Home Theatre partner. Gaming just isn’t enough for a Guru.

We tested the headphones with Call of Duty : Modern Warfare 2 and the positioning was precise, with extreme clarity and punch throughout the diversity of explosions – the larger woofers helped dramatically with depth of field and bass frequencies. Voices were rendered accurately and subtle background effects firmly placed within the sound stage.

Moving to a different genre and aiming for the highest possible production quality possible we loaded Electronic Arts – Need For Speed Shift, there are many engine noises sampled directly from the cars and we were pleased to hear that all burbles and feedback splutters were accurately reproduced. The GT500 in particular was certainly given a new lease of life by the Siberia V2 headset.

Other games received a full thumbs up from us, with the Siberia 2 able to capture a very high level of detail, from zombies hacking at your body parts in Left 4 Dead 2, to a plethora of explosions and firey deaths in Far Cry 2. Not only were the ‘in your face’ explosions tightly captured, but subtle noises such as boards creaking in Metro 2033 and the wind effects in Just Cause 2 were faithfully reproduced. The Microphone is exceptionally good and this will be a primary selling point for the headphones.

We threw a wide range of Blu Ray material at the Siberia 2, titles such as Avatar really tested the phones and for the most part they delivered the goods. We noticed a little loss of depth in a few movie sections, but as we had just moved from our fully bedded in £900 Grado GS 1000i headphones we would expect to notice differences – we aren’t directly comparing quality, just observing differences between our reference solution. I was impressed overall with titles such as Terminator 2, the robot crushing the skull in the intro was sharp, piercing and dramatic … just as it should be.

I even tried some older western films such as Clint Eastwood’s, The Good, The Bad and the Ugly and the headphones delivered a suitable punch while dealing admirably with the timeless orchestral score. We have heard better, but for the relatively modest asking price we could not complain.

With our Graham Slee SOLO headphone amplifier and Prodigy sound card the headphones started off as a bit of a mixed bag with our high definition audio files and initially appeared to be rather disappointing. I hold my hand up, part of the problem was that I was using the Grado headphones for most of the day and when changing, the Siberia 2 actually sounded as if they had developed a fault there was such a loss in upper register definition.

Letting our ears readjust, coming back a day later and not having to move from a set of phones at ten times the price, we listened to a variety of music in our library. From Iron Maiden’s Seventh Son of a Seventh Son, to the best of Dobie Gray, we covered the full gamut of the sonic soundstage.

Subjectively, the Sibera V2 delivered a well rounded set of results, with bass reproduced in a deep, but controlled manner and orchestral strings conveying plenty of subtle dynamic flow. There were times you knew the sound was slightly restricted and they seemed to work better with more limited media, such as popular, compressed pop music. Moving to HD audio and ultimate reference recordings showed the limitations in abundance, however once again we need to comment on the pricing and marketplace. These are not sold as audiophile headphones, but strictly for the gaming audience, where soundstaging and dynamic impact is the primary focus. So while we would say they are certainly not going to be replacing a pair of Grado’s they generally deliver the goods, especially with MP3’s. 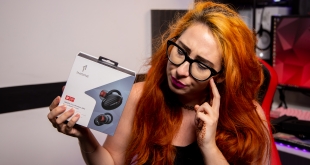 Fancy new TWS earbuds with ANC? These from 1MORE are well worth a look