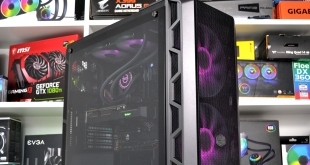 Intel’s 10th Generation Core processors for desktop hit the shelves just a few weeks ago and PCSpecialist has been hard at work designing new pre-built systems around the latest Comet Lake-S platform. Today we look at one of the first systems from PCSpecialist to be equipped with the new Intel Core i7-10700K processor and see whether or not it is worth buying, priced at just under £1650.

The new Intel Core i7-10700K processor is basically a rebadged Core i9-9900K with a few tweaks to clock frequencies. The Core i9-9900K is still regarded as one of, if not the best CPU for gaming and is a very handy multitasking CPU with its 8 cores and 16 threads, so we expect the 10700K to follow in its footsteps. The 8 core, 16 thread part is no longer Intel’s flagship CPU so it is likely that we may see the 10700K appear in more reasonably price mid-high-end pre-built gaming PCs in the coming months.

With the launch of Intel 10th generation desktop processors came a new Z490 motherboard platform with an LGA1200 socket which is the base of this new Vortex S3 system from PCSpecialist in the form of the Asus ROG Strix Z490-F Gaming. The motherboard in question has a very stealthy looking appearance with its matte black PCB and various black heatsinks and heat spreaders with silver highlights.

We expect this motherboard to form an excellent base for a gaming system, it also offers the potential for overclocking and fine-tuning the system as well as an upgrade path to 11th generation Intel Core processors when Intel chooses to release those in the future. The Asus motherboard inside the system also offers space for expansion such as adding another graphics card to run SLI or Crossfire, unpopulated DIMM slots to install additional memory and an extra M.2 slot for adding more high-speed storage.

While we are on the subject of storage, this is an area of the system that I am immediately impressed by. PCSpecialist has done away with any mechanical hard drives in the Vortex S3 system and has instead opted for two Samsung SSDs. The lower M.2 slot is populated by a 500 GB Samsung 970 EVO Plus NVMe M.2 SSD that contains the Windows 10 installation with an additional 1 TB Samsung 860 QVO SATA SSD for storage. 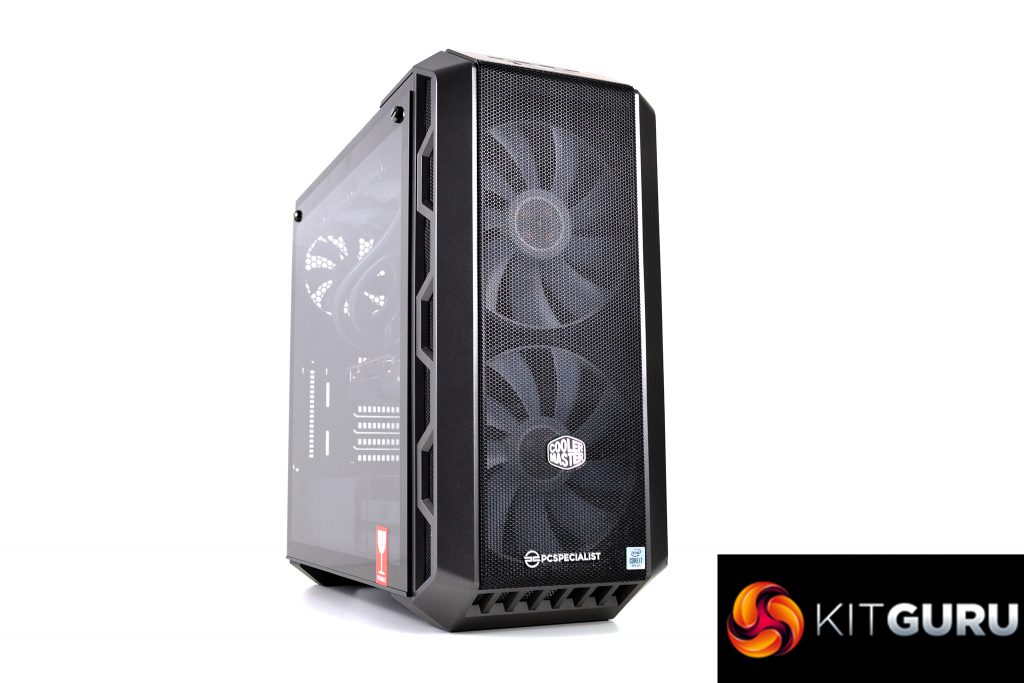 The default memory capacity that comes pre-installed in the Vortex S3 is 16GB DDR4, which is widely thought of as the minimum for a gaming system these days. The brand of memory is Corsair Vengeance LPX and PCSpecialist has configured the memory to run at its XMP profile speed of 3000MHz in the motherboard BIOS.

A Cooler Master MasterCase H500 is the chosen chassis for the Vortex S3 system which is a good choice for airflow with its vented mesh front panel. The case is supplied with an alternative acrylic front panel for reduced noise and PCSpecialist has included this so the customer has the choice of running the case in either configuration.

To ensure that the system temperature is kept under control, PCSpecialist has equipped the Vortex S3 with a 240 AIO CPU cooler, as well as retaining the three systems fans that come pre-installed with the Cooler Master case. The 240 AIO cooler is branded as a PCS FrostFlow 240 RGB high-performance liquid cooler. The cooler is supplied by ID-Cooling and is one of their ZoomFlow 240X ARGB units, with a custom top cover sporting a PCSpecialist logo.

PCSpecialist has included an Nvidia RTX 2070 Super graphics card from Palit in the Vortex S3 system. This probably seems like the logical pairing with the 10700K since the 8 core part is considered more of a mid to high-end CPU now that the 10 core 10900K is the flagship for this generation and would probably be more likely to be the CPU that is paired with the high-end RTX 2080 Super and 2080 Ti cards in flagship pre-built systems.

The Vortex S3 system from PCSpecialist has the specification of a high-end gaming PC and should also be a very competent workstation or content creation type system. The System specification can be tweaked to suit customer preference and is available to order directly from the PCSpecialist website. In its stock form, the system is priced at £1,649 which seems reasonable, but we will save final judgement for later in the review.

Previous Computex 2020 has been officially rescheduled to 2021
Next XIII remake is launching on November 10, Limited Edition detailed