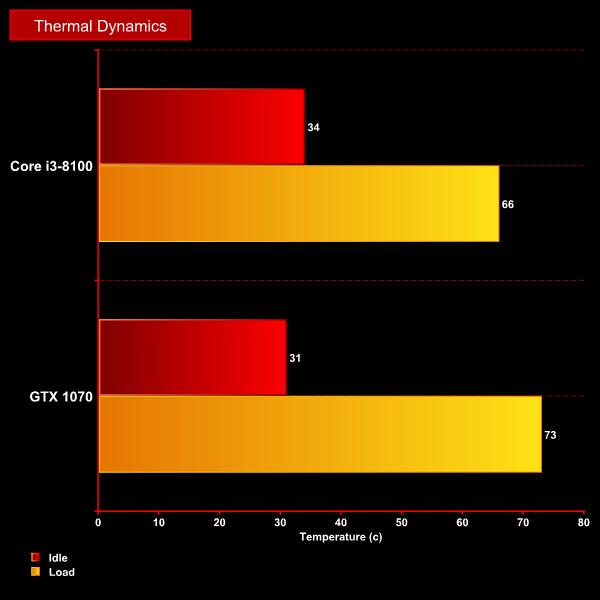 There’s no heat to fear here. Given than the Spec-04 comes with only an single intake fan, and PCS has added no extra the Enigma Pro’s thermal profile is fine. The Core-i3 8100 is a 65W part which can’t be overclocked, so a ceiling of 66c isn’t an issue.

The GTX 1070 in this system did reach 73c, but again it’s no cause for alarm. A single-fan 1070 iteration such as the one installed is likely to reach such levels, but is nowhere near danger.

Three fans in total (1x front, 1x CPU 1x GPU), and all of them pretty quiet, make the Enigma Pro an acoustically subtle system even under load. No fan has to strain, so noise is kept at a low whir.