Today Nvidia has launched its new 337.50 beta driver along with the GeForce Experience 2.0. The driver will offer up to 71 per cent faster gaming performance in Direct X 11 titles with SLI enabled and up to 64 per cent faster single GPU performance. 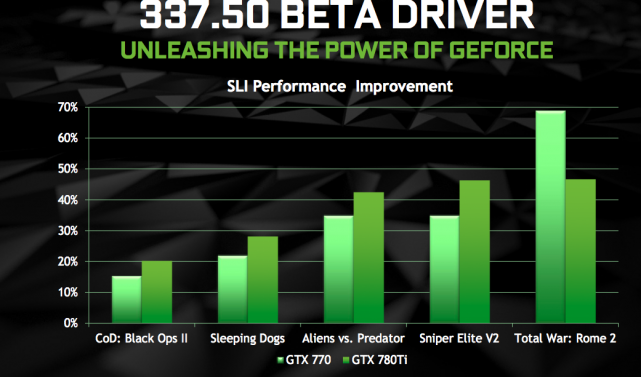 An updated version of the GeForce Experience will also be included which brings many new features to gaming Notebook users including: GameStream, Shadow Play, Battery Boost and the ability to optimise up to 150 games inside the app.

Nvidia's Battery Boost technology will allow games to run for up to two times longer on notebooks while ShadowPlay will let users capture gameplay directly from the GPU, allowing smooth gameplay and minimising frame rate hits. 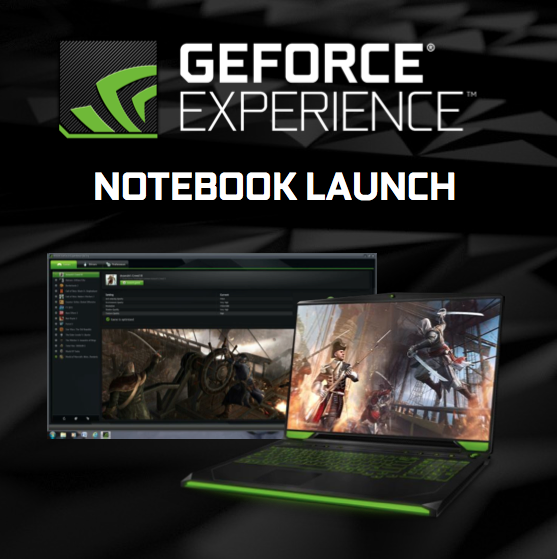 Desktop users now be able to use ShadowPlay to capture their full desktop rather than just games and can now customise how GameStreams are encoded. Shield owners will also be able to stream desktop games on the go, meaning you can take your handheld to a friends house and stream games from your PC at home.

KitGuru Says: Good news for all Nvidia users, especially those of you who like to game on a notebook.

Previous Win STEAM game of your choice (or TitanFall) this week!
Next Gaming can thicken parts of the brain