These are the confirmed Far Cry 4 PC system requirements

UPDATE: These specifications have now been confirmed via an Ubisoft blog post. The AMD R9 290x recommended specification wasn't a mistake after all- suggesting that the game might have some optimization issues with AMD GPUs at launch.

The Far Cry 4 PC system requirements have supposedly been spotted and unsurprisingly, they are fairly similar to that of Assassin's Creed Unity, which recommended that all players have at least an Nvidia GTX 680 graphics card or better. However, while GPU requirements remain fairly high, CPU requirements have been scaled back a bit.

To start off with, Far Cry 4 will take up 30GB of hard drive space, which is a bit less than the upcoming Assassin's Creed. A 64-bit OS is still required and the minimum specification requires that you have at least 4GB of RAM. The minimum CPU requirement includes an Intel Core i5-750 or an AMD Phenom II X4 995 and for graphics power you'll need at least a GTX 460 or an AMD Radeon HD5850. 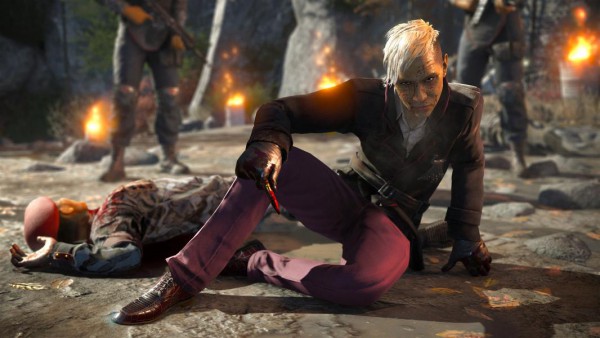 The recommended requirements include 8GB of RAM, an Intel Core i5 2400S CPU or AMD's FX-8350. Just like with Assassin's Creed Unity, Ubisoft recommends at least a GTX 680 with 2GB of VRAM but the company doesn't seem to be spending much time testing AMD cards as the recommended Nvidia equivalent is the top of the line R9 290X, which is a much more powerful card.

It seems like the AMD GPU specification should be a mistake, hopefully Ubisoft provides an explanation some time before release.

KitGuru Says: Ubisoft has officially announced the system requirements now. Comparing a GTX 680 to an R9 290x seems a bit silly, hopefully this doesn't mean that the game will run poorly on AMD hardware upon release.