While a number of previously PlayStation-exclusive Quantic Dream games became available on PC over the course of 2019, the titles were exclusive to the Epic Games Store. Now, nearly a year after Heavy Rain first came to PC, all three Epic Games exclusive Quantic Dream titles have been announced for Steam. Heavy Rain, Beyond: Two Souls and Detroit: Become Human will all be arriving on Valve’s platform in June.

Announced via Twitter, Quantic Dream let it be known that “Finally! Heavy Rain, Beyond Two Souls and Detroit: Become Human are coming to Steam on June 18! #QuanticStream.”

Heavy Rain originally released in 2010 for the PlayStation 3 to high praise from both critics and fans alike. Its presentation and use of motion capture allowed for higher levels of character animations and subtleties than was commonly found during that time, creating an exciting and new experience. 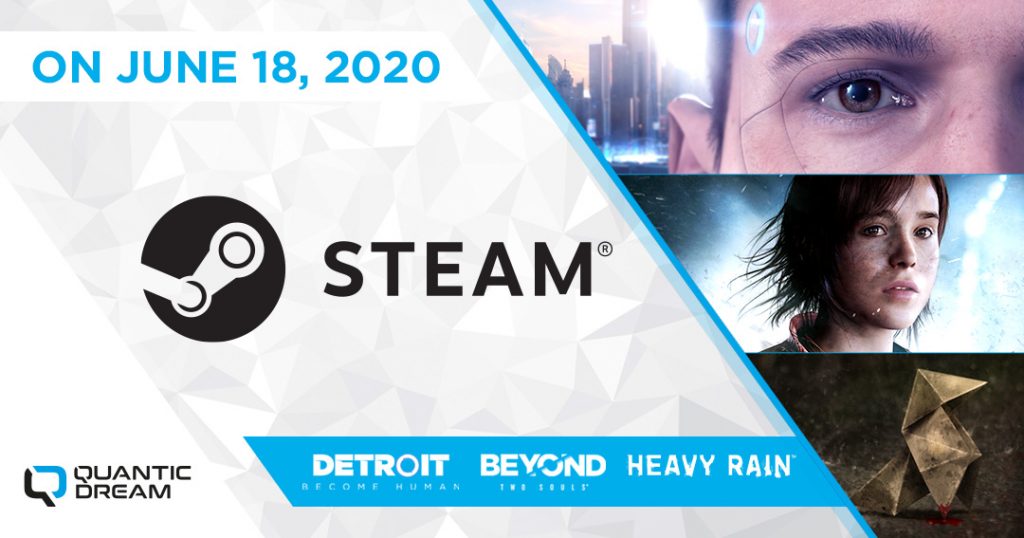 Beyond: Two Souls first released in 2013 to a less encouraging reaction from critics despite boasting improved gameplay over Heavy Rain. This was due in part to its nonlinear use of storytelling – though this was later fixed, thereby improving the overall package.

Detroit: Become Human released in 2018 for the PlayStation 4 and served as a redemption for Quantic Dream. With stunning visuals, excellent animation quality, and an overall interesting story featuring some endearing characters, the game proved to be a success in the eyes of both critics and fans.

Steam users who have been eagerly waiting for these three games to launch on their preferred platform will not have to wait much longer, as all three titles are set to land simultaneously on the 18th of June. Furthermore, demos are available right now for all three titles. The Steam page for Quantic Dream can be found HERE.

KitGuru says: Have you been looking forward to these games? Which title will you play first? What other Epic Games exclusives would you like to see come to Steam next? Let us know down below.