Microsoft continues to add new titles to its Xbox Game Pass subscription service, increasing the value of the service as time goes on. The company has now announced which games will be coming to the service during the first part of February – with more to be added later in the month. Xbox Game Pass subscribers will soon be able to play Final Fantasy XV, Wolfenstein: Youngblood, and Death Squared.

Final Fantasy XV is the latest mainline title in the long-running video game series. “Featuring action heavy combat, innovative gameplay, and immersive graphics that push the limits of modern hardware, Final Fantasy XV is an awe-inspiring tale that transports audiences into its vivid imagining of a fantasy world based in reality”. With over 50 hours of content, and music composed by Nobuo Uematsu, you can get lost in the world of Final Fantasy for a very long time. Final Fantasy XV will be available to play from the 6th of February.

Also joining the service on the 6th is Wolfenstein: Youngblood. In the latest title by Machine Games, players can “explore a new base of operations located deep in the heart of the Paris catacombs and plan how and when to attack and dismantle the Nazi regime”. If the mission sounds too tough, players don’t have to go it alone, as Youngblood features co-op, allowing you and a friend to team up, “explore, and complete missions to unlock abilities that compliment your playstyle.” 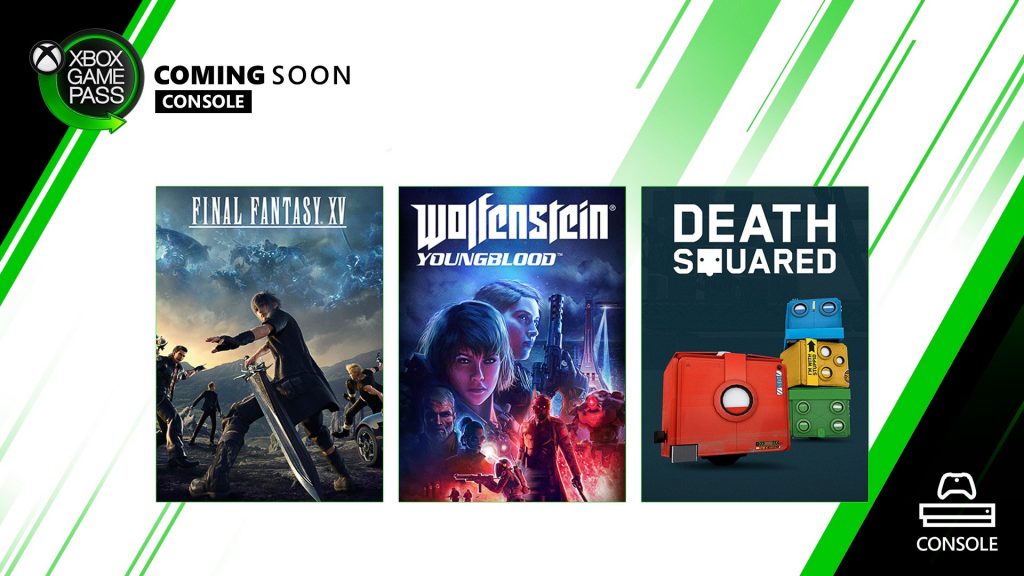 The final game joining the service in the first half of February is Death Squared. Landing on the 13th of February, Death Squared has you team up with up to three other friends in order to help solve a litany of colour-based puzzles and challenges. Featuring single-player, a co-op campaign, and party mode, Death Squared will put your brain – and friendships – to the test.

These games will be available for Xbox Game Pass on both Xbox One and PC, although on the latter, Death Squared will be replaced with Death’s Gambit, a 2D action platformer, with Souls-like mechanics.

KitGuru says: What do you think of February’s offerings? Has Xbox Game Pass justified its value to you? What subscription services do you own and why? Let us know down below.

Previous Sony closes its Manchester Studio before it could even ship a game
Next Blizzard responds to Warcraft 3: Reforged criticism and details future updates