Souls-like ‘Remnant: From the Ashes’ is free on the Epic Games Store

Each week, the Epic Games Store offers its users a number of free titles. This week sees fans receive a gun-based co-op souls-like ‘Remnant: From the Ashes’, from the studio behind Darksiders III – Gunfire Games, as well as The Alto Collection – a PC conversion of the popular mobile duology.

Remnant: From the Ashes is the latest title from Gunfire Games, the studio behind Darksiders III, as well as Darksiders II: Deathinitive Edition. Released in 2019, Remnant: From the Ashes is described as “a third-person survival action shooter set in a post-apocalyptic world overrun by monstrous creatures. As one of the last remnants of humanity, you’ll set out alone or alongside up to two other players to face down hordes of deadly enemies and epic bosses, and try to carve a foothold, rebuild, and then retake what was lost.”

The game received mostly positive reviews upon its release in 2019, with many claiming that Remnant: From the Ashes elevated itself beyond simply being a Souls-like. 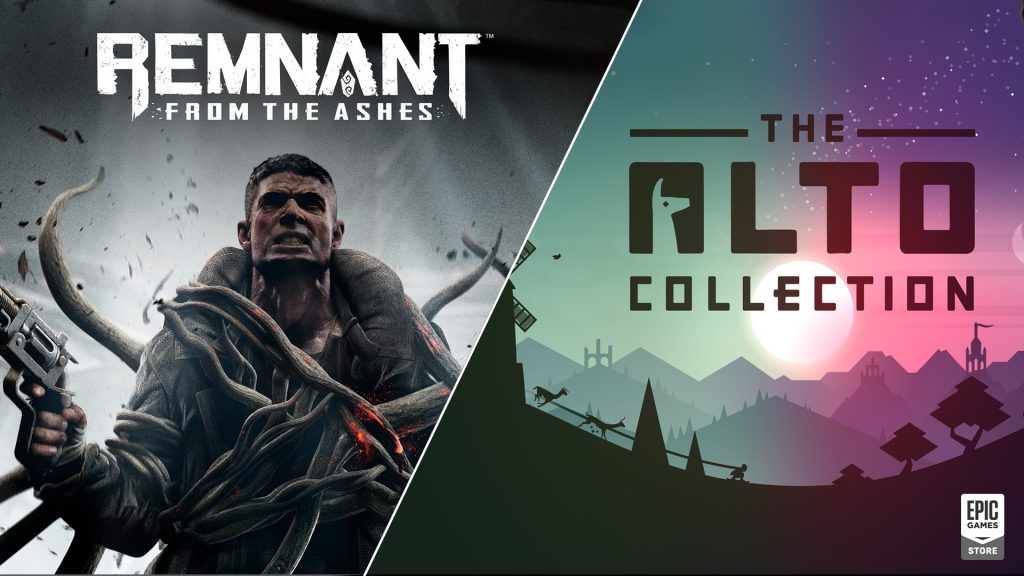 The Alto Collection is, as expected, a collection of two titles: ‘Alto’s Adventure’ and ‘Alto’s Odyssey’ – 2D skiing adventure platformers which sees the player “Race down alpine slopes, over windswept dunes, through ancient woodlands and the long forgotten ruins” as they “pull off daring backflips, grind over rooftops and leap over vast chasms,” while “journey[ing] to discover what mysteries lie beyond the horizon.”

Originally released for smartphones, The Alto Collection is a newly launched conversion of the critically acclaimed mobile titles.

Both Remnant: From the Ashes and The Alto Collection are available to download for free from now until the 20th of August at 4pm, at which point they’ll be replaced by Enter The Gungeon and God’s Trigger.