On a bi-monthly basis, Microsoft updates its Xbox Game Pass library, adding new titles, and sometimes taking some away. For the second half of October, the console manufacturer is bringing a wide variety of games, ensuring that there is a little something for everyone – including JRPGs such as Tales of Vesperia: Definitive Edition, and Age of Empires III.

The full list of games set to join Xbox Games Pass during the second half of October are: 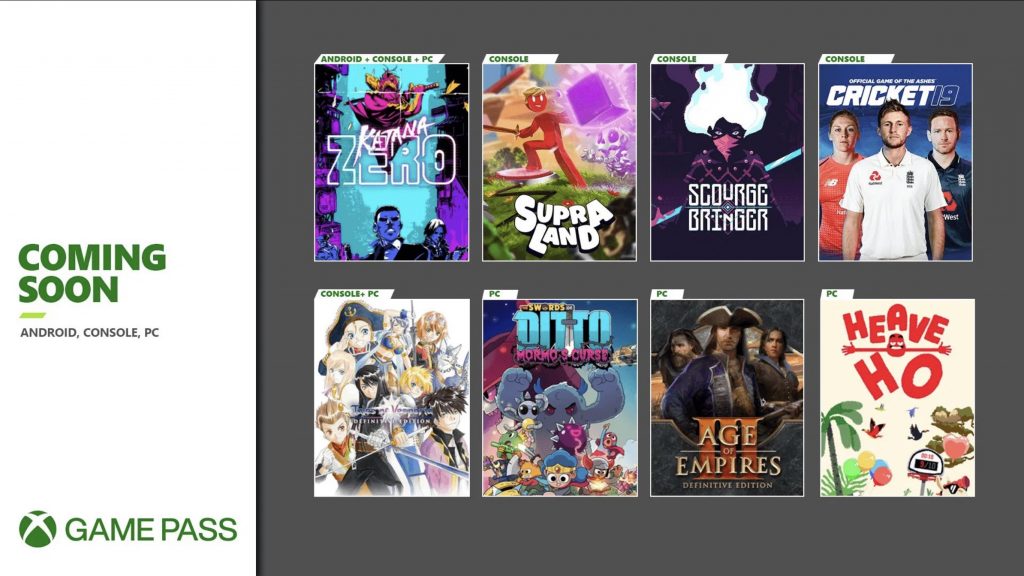 A number of games are also set to leave the service soon. While we previously reported that Felix the Reaper, Metro 2033 Redux, Minit, Saints Row IV Re-Elected, and State of Mind are all set to leave on the 15th of October, the 30th will see the removal of even more titles. These are:

KitGuru says: What do you think of this month’s additions? Is Game Pass continuing to prove its value to you? Do you mind the fact that games leave just as often as new ones arrive? Let us know down below.