On a regular basis, Microsoft updates its Xbox Game Pass library, both adding new games to the service, and taking some away. For the first half of OCtober, subscribers can look forward to getting their hands on DOOM Eternal, Forza Motorsport 7, and Brutal Legend, to name a few.

The games joining the service during the first half of October are:

Though it goes mostly without saying, games which are coming to Android will only be available through xCloud, whereas PC and console users can download the games freely to maximise graphical quality while minimising input lag. 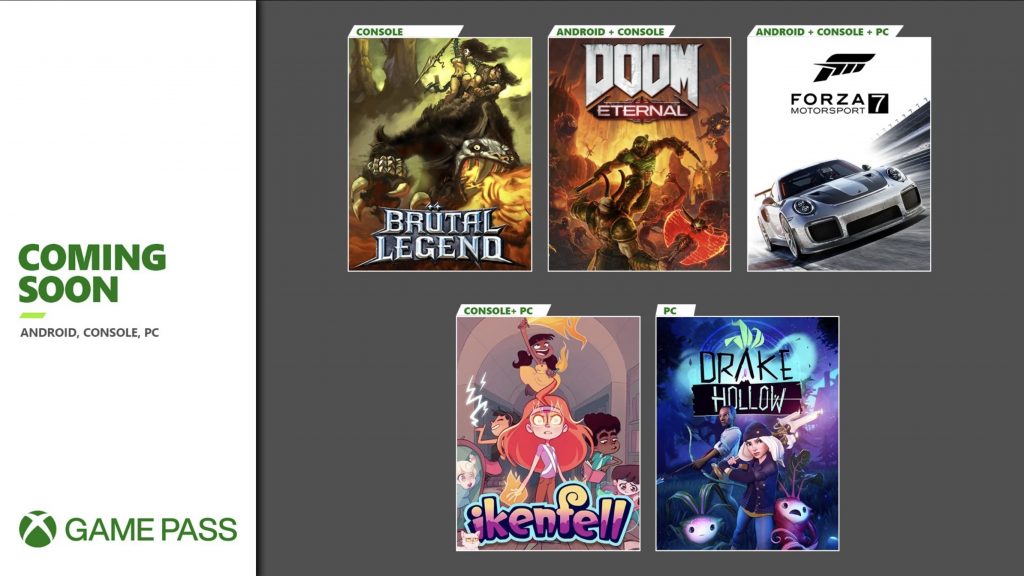 Microsoft typically updates its gamepass library twice a month, so expect a number of new games to also join the service during the second half of October. With DOOM Eternal arriving this week, it’ll be interesting to see what other Bethesda games Microsoft has lined up.

KitGuru says: What do you think of the line-up? What other Bethesda games would you like to see added? What device do you use Game Pass on? Let us know down below.