In order to ensure maximum value for money, Microsoft consistently adds new games to its Game Pass subscription Service. For the month of November, subscribers can look forward to a number of exciting titles including Tetris Effect: Connected, Destiny 2: Beyond Light, Final Fantasy VIII Remastered, and more.

Making the announcement on its blog, the full list of games joining Game Pass in November are: 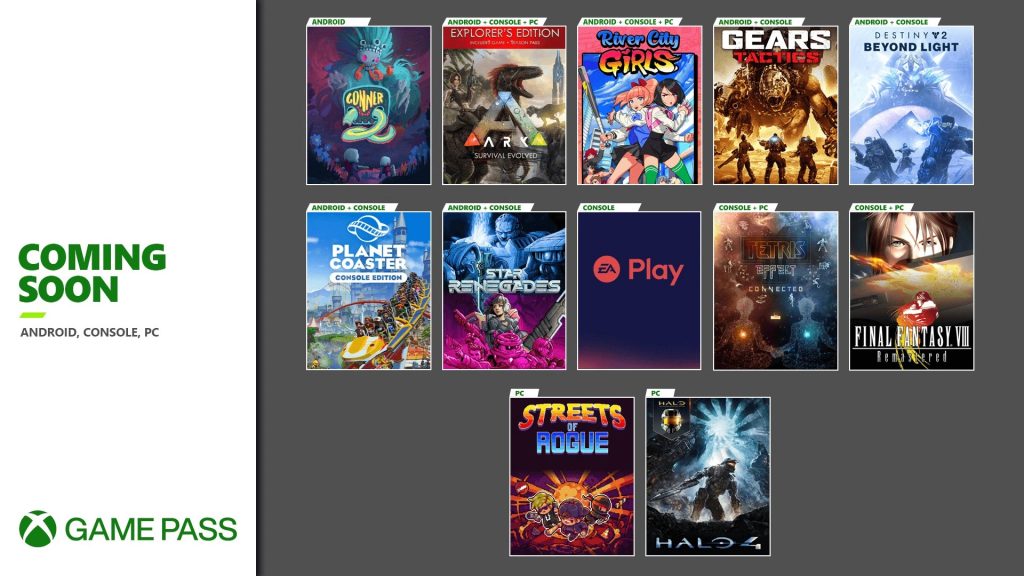 Recently, Microsoft announced that it would be partnering with EA Play. As such, starting on the 15th of November, more than 60 EA titles, including Star Wars Jedi: Fallen Order, will be coming to Game Pass, making November a major month for the service. A select number of EA titles will also be available to stream via xCloud, these titles are:

As always, some games will also be leaving the service this month. Leaving on the 16th of November are: