We first published news on the Raspberry Pi in May 2011, but it has been hit with a series of delays and some people thought it would never be released. Good news however, because the distributors of the Pi have confirmed that the first batch will ship this week.

This mini computer is designed to target a budget audience, including kids who want to program. The credit card sized computer will be sold in two versions, one at $25 and the other $35. The demand was so high when it was first announced that it crashed some stockist websites, who couldn’t handle the 700 orders every second.

UK distributor RS Components have said that they have received the first shipment and will be working down the preorder ‘interest’ queue, sending emails to let people place an order. Orders are limited to one per customer until stock becomes more available.

The BBC said that those who were first to order should get their machine by April 20th. More will be shipped out in the following week.

Previous May 3rd will be the day we meet the next Galaxy smartphone
Next Play.com looks to empty its warehouses – bargain city? 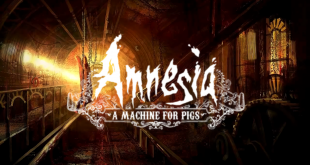 Amnesia: A Machine for Pigs is free on the Epic Games Store