Sometimes in this industry, unusual events can occur – such as when AMD partner Sapphire created the Edge HD Mini PC with Intel and Nvidia hardware inside. Zotac are well known as one of Nvidia’s most capable partners, but the system we are reviewing today is based around the AMD Fusion platform. Yes, the Zotac Zbox Plus Bluray system features the low power, dual core Zacate E350 APU.

The version we have on test today not only contains the AMD E350 APU, but it is supplied with a Bluray optical drive, aimed at the enthusiast high definition media marketplace. We have reviewed many Fusion boards already, but this is one of the first ‘all in one’ systems we have had in our labs.

Onboard 802.11n (300 Mb/s) WiFi and Gigabit Ethernet enables the ZOTAC ZBOX Blu-ray AD03 Plus to deliver lightning-fast network connectivity with or without wires for instant access to the digital content available on the Internet or other networked sources. Customizing the ZBOX Blu-ray AD03 Plus is simple with easy access to internal expansion – including mini-PCI Express, two DDR3 SO-DIMM slots and space to accommodate a 2.5-inch SATA HDD or SSD – 2GB of DDR3 and a 250GB hard drive is included with the mini-PC – and plenty of external expansion via USB 3.0, USB 2.0 and eSATA ports. 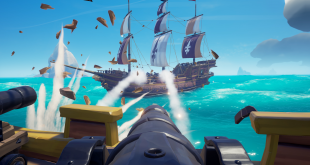