Robots, self-driving cars and smart home appliances are just around the corner. A number of companies foresee big robot revolution, which will likely change the world rather significantly since robots will be able to assist humans seriously in many situations. But will robots ever be as smart as people? Apparently, yes, and in relatively short-term future. 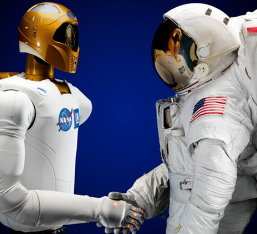 Nowadays artificial intelligence relies on various relatively simple methods like searching the Internet. However, what things like Siri or Google Now cannot do is to adapt to a particular situation and intuitively choose the best approach.

“The amazing thing about humans, and other animals as well, is that we’re so adaptive. So that kind of general intelligence – we’re a way off understanding how to achieve that artificial general intelligence, and I don’t think anybody really knows what the missing pieces are,” said Mr. Shanahan. “I think there’s a trick that nature has discovered, that evolution has discovered, that we’re not making the most of yet.”

Since artificial intelligence is widely needed nowadays, the technology is evolving quickly. One of the things that evidently got better in the recent years is speech recognition. This happened because there is plenty of computational power available and machines can learn and even predict many things, according to the expert.

KitGuru Says: It will be interesting to see how smart the robots will get in 30 years. The artificial intelligence [as a technology] has existed in various forms for several decades now, yet, it remains to be relatively limited in terms of capabilities. Will it take just 30 years to advance the AI to a level, which has taken nature millions of years of evolution? What do you guys think? Will robots be as smart as we are by the middle of the century? Share your thoughts in the comments on our Facebook page.

Forza Horizon 5 is set in Mexico, releasing this November

Just as leaks predicted, we are getting another Forza Horizon game this year. Playground Games …