Earlier this week, we reported on Microsoft’s next potential acquisition, the popular app, Wunderlist. Now it seems that the move is official, with Wunderlist joining the ranks alongside Microsoft’s growing selection of other apps and services on multiple platforms.

Wunderlist is one of the more successful ‘to-do’ apps on smartphones, created by German app maker, 6Wunderkinder GmbH. This move isn’t entirely unprecedented, Microsoft has been acquiring apps recently in an effort to expand its presence on all platforms. 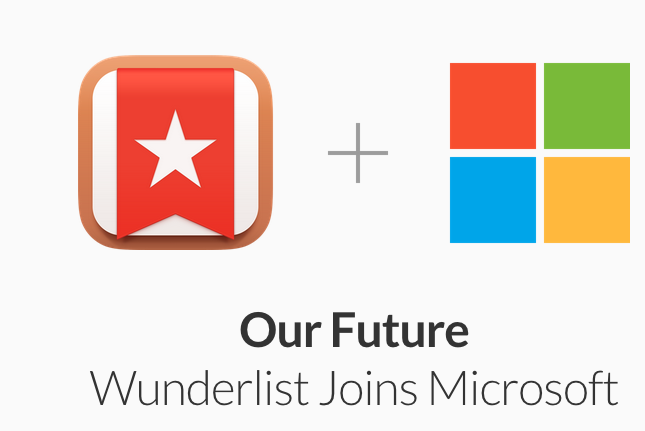 The acquisition price has not been disclosed and likely never will be but rumours are pointing towards a price of between $100 million and $200 million, which is a huge chunk of cash for a little checklist app.

Microsoft will likely have some deep integration planned for Wunderlist with its other apps and services later down the line but for now, it looks like the app will operate as normal. The Wunderlist CEO and creator seems to have high hopes for the future thanks to the Microsoft acquisition: “Joining Microsoft gives us access to a massive wealth of expertise, technology and people that a small company like us could only dream of amassing on its own.”

KitGuru Says: Microsoft is trying to get people on all platforms using its apps. It also wants those apps to sync back with Windows 10 PCs. We don’t yet know if Microsoft’s change in approach will pay off but it seems likely.