Sony could potentially face legal action in various parts of the world after it has disclosed a security breach of the popular Playstation Network. Gamers are incensed and faith in the company as a whole has taken a hit, highlighted in the 5 percent share drop today.

Sony have really made a mess of informing people as to what was happening with their network. The ‘outage’ happened between April 17th and April 19th after they discovered a breach, one of the biggest ‘hacks’ ever recorded. In a huge public relations disaster, it seems they wanted the real truth of the issue to be kept internal, only releasing the finer details on the Tuesday after the breach.

In the States, several members of Congress have gotten involved. Hackers have stolen names, addresses and even credit card details from 77 million users. This is literally on a worldwide scale. One U.S. Law firm has already jumped on the case filing a lawsuit in California on behalf of consumers.

Michael Wang, manager of overseas funds at Prudential Financials in Taipei, said “Gamers are angry that Sony’s CEO hasn’t come out to explain the situation and investors are disappointed over the company’s corporate governance.”

The Playstation Network is a huge cash cow for Sony, generating around $500 million in annual revenues for the Far East electronics giant. Nine out of 10 Playstation online users are based in Europe and The United States.

There is already talk that this is such a huge disaster for Sony, that parents may sell their console and opt for the Microsoft Xbox 360, as it has a proven record of being secure and safe. Forums are filling up with complaints and the Sony Representatives are getting so many complaints that it appears impossible for them to help calm the worried consumers.

Larry Ponemon, chairman and founder of the Ponemon Institute said that this could cost Sony more than $1.5 billion, or an average of $20 for each of the 77 million customers whose data has been potentially stolen. This could also be a potential disaster for Credit Card companies who may be forced to reimburse customers, if unauthorised charges are made.

Sony has said the delay in telling the public of the hack was needed to conduct a ‘forensic investigation’, but regardless the public really don’t care. The majority of people who are speaking are unhappy they were kept in the dark while hackers could be racking up bills on their credit cards.

The matter is made worse because neither Sony CEO Howard Stringer nor Kazuo Hirai (Company No.2) have spoken to their customers, or even made an attempt at an apology.

Sony’s shares have been hit, closing down 4.5 percent. Their stock has lost 8 percent in a single week.

KitGuru says: Have Anonymous won this battle or was it an unknown hacker, outside any well known group? Either way, Sony’s intense public persecution of George Hotz appears to have returned, to bite them on the ass. 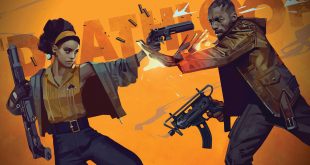