E3 visitors will have a treat on hand this year. The Los Angeles event will be the launching ground for Nintendo’s new upcoming game console.

Nintendo said this week that they are going to showcase the Wii replacement at E3. They have not yet given a name for the new hardware, but it could hardly be much worse than the ‘Wii’. They are also going to be showing a ‘playable model’ at the event which has many people already excited. Project Café was the nickname given to the design many months ago.

The Wii was a huge success for Nintendo, but sales in recent months have been dropping dramatically. With more people buying High Definition televisions we can assume that the SD graphics of the Nintendo machine are not proving that appealing to new customers who have just purchased a new HDTV. The new console, yet to be named will certainly be HD compatible and that the online support will be much better to compete again Sony and Microsoft.

Creating a new console is an expensive undertaking, as the development phase can be a long path, ensuring that there are no long term problems. Money is not usually made on a new console until several years into the sales phase. This is why we don’t see a new console being sold every 2 years and while successful products, such as the Playstation 2 have been around for such a long time.

The hardware was said to include an overhauled AMD R700 graphics processor, and a triple core IBM PowerPC chipset with faster speeds than the Xbox 360 design. Pricing is said to be around $350, but that is not yet confirmed either. Rumours were rife of a 6.2 inch touch screen controller which can have games streamed to it, from the console. Kotaku also reported that the new system will have two controllers, depending on the game being played at the time. 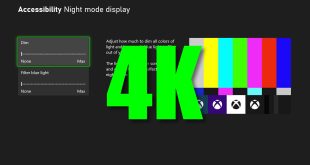