Home / Software & Gaming / Console / How about another Android console? From Google

How about another Android console? From Google

We've mentioned it a few times in recent months, how the current gaming landscape is the most crowded it's ever been, hardware wise. You have the PC as strong as ever and the Xbox 360 and PS3 starting to wind down but still with a big install base and plenty of releases. The Wii is still a good system to have kicking around but its younger brother the Wii U is picking up steam. Then there's the upcoming Xbox One and PlayStation 4, all the handhelds and don't forget the Android Ouya, Nvidia's upcoming Shield console and the Gamer Stick. And now we hear Google is putting together its own Android console too.

This is the rumour the Wall Street Journal has dug up anyway and it's not alone. Apparently, Google is also working on its own Android smartwatch too. Essentially, it's to help Android remain competitive with Apple, since the fruity firm has its Apple TV system and the upcoming iWatch.

It's said that Google will be designing and marketing the console and watch devices by itself, keeping everything internal. Apparently one of them will be ready for release later this year, though it's not clear which.

Presumably Google is also taking a leaf out of Ouya's book, which despite early poor reviews and a reasonably basic hardware offering, has sold quite well since launching earlier this week.

KitGuru Says: I missed one out in the into. There's the Steambox too. There really are a LOT of consoles out there at the moment. 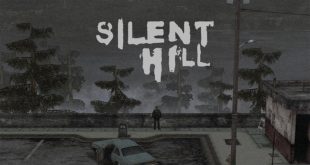