While we don’t have any concrete pricing information on the next-gen consoles from Microsoft or Sony just yet, that doesn’t mean speculation isn’t abound. One analyst, by the name of Michael Pachter, has given a talk to investors in an E3 preview show and he thinks he’s got a handle on what both the Xbox One and PS4 will cost.

According to Pachter, the One will be the more expensive of the two consoles, coming in at just under $400 (£260) while the PS4 will be slightly cheaper at $350 (£230). However, the Xbox may have a more varied pricing structure, due to deals struck with television networks and ISPs.

“We believe the ability to watch live TV from a cable, telco, or satellite set-top box through Xbox One could entice an MSO to drive subscriptions through a subsidised box in exchange for a multi-year contract,” Pachter said (via CVG).

“The ‘always connected’ requirement for the Xbox One likely means that a broadband connection will be required, suggesting to us that ISPs may have an incentive to offer a subsidy as well,” he continued.

He also mentioned that the subscriber system used with some Xbox 360 deals, offering the console at under $100 could be used again with the next gen.

Of course all of this is pure speculation and may turn out to be complete nonsense, so what do you guys think? Let’s hear the KitGuru community’s suggestions on next gen pricing.

KitGuru Says: I’ll go with £300 for the PS4 and at least £350 for the One, with controllers at least £50 a pop. All those extra sensors and abilities they’re bundling into them, it’s gotta ramp the cost up. Plus that Kinect 2.0 can’t be cheap. 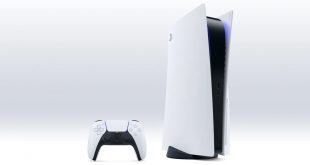 The PS5’s first major software update has been announced

With the PlayStation 5 almost halfway into its first year on the market, it was …