The Xbox 360 is ten years old at this point and while it has served many over the years, it can't stay around forever. Today, Microsoft officially announced that it is discontinuing the Xbox 360, so once the existing hardware stock runs out, there won't be any more left to buy.

In a blog post put on the Xbox Wire today by Phil Spencer, he confirmed that while everyone at Microsoft is proud of the 360, it just isn't effective to keep producing a decade old console: “Xbox 360 means a lot to everyone in Microsoft. And while we've had an amazing run, the realities of manufacturing a product over a decade old are starting to creep up on us. Which is why we have made the decision to stop manufacturing new Xbox 360 consoles. We will continue to sell existing inventory of Xbox 360 consoles, with availability varying by country.” 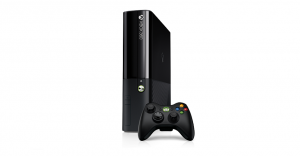 While the hardware won't be made anymore, Microsoft has promised that those still playing the Xbox 360 will be able to continue to accessing Live services, get their Games with Gold and purchase/download on-demand games. That said, the Xbox One is getting fairly cheap now and Xbox 360 backwards compatibility has rolled out, with more games becoming available by the day, so it might be time to upgrade.

KitGuru Says: The Xbox 360 was a great console for its time and it had a great ten-year run but it seems like the right time to retire it. How many of you owned an Xbox 360 last generation?