The Xbox One to Oculus Rift streaming app is now available

There are some restrictions, just as there are with Xbox to PC game streaming. Users will need Windows 10 installed to take advantage of streaming features and obviously, you will need an Xbox One connected to your home network. The app itself is fairly similar to the Windows 10 Xbox app, you can interact with all aspects of the console while streaming to VR but you can also make some changes to the environment you are sat in. 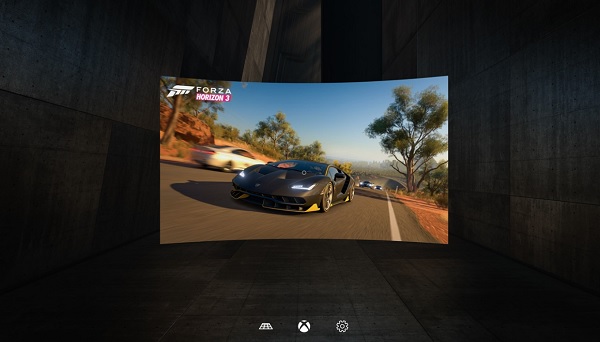 The Xbox Streaming app on the Oculus Store offers three different virtual cinema environments but you can also adjust the orientation of the screen while in VR for a comfortable viewing experience. The app itself is free and available immediately but as with any game streaming device, you will need a solid home connection for this to be a smooth experience.

KitGuru Says: The cinema environments for the Xbox streaming app look quite nice, though I do worry about image quality and latency while streaming. It will be interesting to see what Rift users think once they've had a chance to try this out.