The deck has been stacked against Call of Duty: Infinite Warfare since its unveiling earlier this year. The game's first trailer went on to become one of the most disliked videos on all of YouTube and this eventually led to fans of the series making the jump to Battlefield this year. Now that the game has been available for a while, we finally have some solid sales numbers and they aren't looking good.

Last month, we heard that boxed copy launch sales for Infinite Warfare were down 48 percent compared to Black Ops III. This time around, the Cowen Research Group has done its own analysis and has found that Call of Duty sales this year have fallen 17 percent below expectations, shares in Activision have also dropped by around 20 percent. 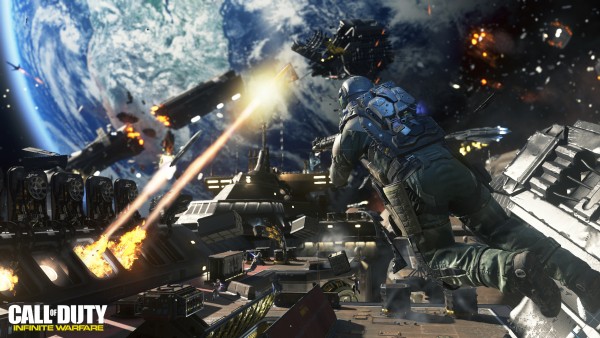 Things were looking up for Call of Duty last year after Black Ops III was deemed as a return to form commercially. However, Infinite Warfare appears to be underperforming just as Advanced Warfare and Ghosts did.

Infinite Warfare's low sales also seem to be in spite of the fact that Modern Warfare Remastered was bundled in with the game's more expensive ‘Legacy Edition'. While this has helped reduce impact on overall revenue a bit, the number of copies sold is still much lower than expected.

KitGuru Says: As much as I enjoyed elements of the Call of Duty Campaign this year, I can see why people don't want to buy-in any more. Activision has definitely stretched its futuristic theme far too thin and now many fans of the series are just getting bored of it. It will certainly be interesting to see what Activision does to try and rectify sales next year. Perhaps Call of Duty needs to take a year off like Assassin's Creed has?