VR will come to Project Scorpio when developers ‘perfect the craft’

At E3 earlier this year, Microsoft officially announced that it would be coming out with a more powerful console in 2017, currently known as Project Scorpio. One of the big goals for this device is to support “high-fidelity VR”, but it seems that support may take some time to arrive as Xbox head, Phil Spencer, wants to wait for developers to ‘perfect the craft of building VR games' as right now, many releases at the moment feel like “demos and experiments”.

In an interview with Australian games outlet, Stevivor, Microsoft's head of Xbox explained that while he loves the technology behind VR and owns an HTC Vive and Oculus Rift himself, things are still in the early stages: “I love the technology behind VR. I have an HTC Vive, I have an Oculus Rift. I’ve used the PlayStation VR device a lot in demos and stuff. I don’t think the creators in the game space have yet found – well, they haven’t obviously perfected the craft of building VR games.” 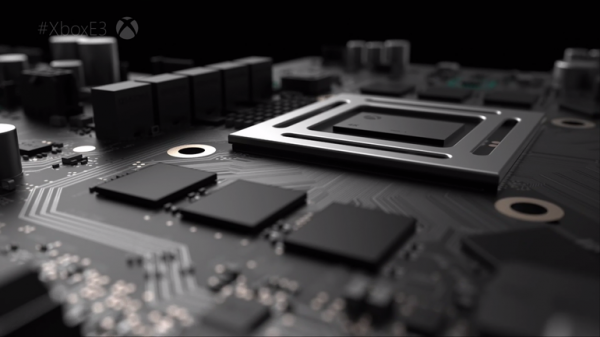 One of the flagship features for Project Scorpio is going to be virtual reality support but that support will only arrive when VR truly finds its place in the gaming world: “I think VR will find its spot in gaming; I would make that bet. We designed Scorpio as a VR-capable console, whether that happens this year, next year or the year after”.

“What experiences do you put in people’s hands to have a long-term engagement? Most of these things I’m playing now feel like demos and experiments, which I actually think it’s absolutely the right thing to have happened. That’s not a criticism at all, but should be happening”, however, when it comes to the fully fledged releases we expect to see in a console or regular PC game, getting to that stage with VR will take time.

KitGuru Says: While the PlayStation VR seems to be off to a good start sales-wise, the console has mostly shipped with a lot of mini-games and short, hour long experiences. It seems that Microsoft is hoping to avoid doing that with VR on Scorpio, which seems like a fair approach. However, I do hope we begin to see some more ambitious VR games next year, whether they be for PlayStation, the HTC Vive or the Oculus Rift.