Nintendo have not received the level of sales they had hoped with their latest 3DS console and according to reports they are cutting the price by a whopping 40 percent.

Nintendo have had a tough year, losing over $320 million in the last quarter. Some analysts are claiming that the problem is down to the growing tablet market, and people spending more money on ‘disposable’ games costing only a few pounds each, or less.

Nintendo are lowering the price from Y25,000 to Y15,000 to help create more of a sales push in the coming months. This price drop will translate to $170, from $249 in the States. Europe won’t quite see the 40 percent drop, with retailers receiving a 33 percent drop.

Nintendo have said that their revenue has dropped by 50 percent in the first quarter of 2011, when compared against the same fiscal period the year before.

With the price drop of the 3DS, they hope to sell 16 million of the portable devices this year, even if they are making significantly less on each sale. Nintendo have also focused on the lowest possible price point which has helped drive sales with a younger audience, so with this price cut, they are hoping that a larger audience will have access to the hardware.

Kitguru says: With the price drop, are you interested? 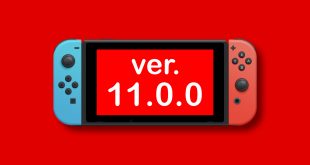 Since the Nintendo Switch first launched in early 2017, the hybrid console has received a …