If Cortana simply isn’t enough virtual assistant for your needs when traversing Windows 10, Amazon has a potential solution by bringing Alexa to the platform. Unfortunately, it looks as though functionality will be limited at launch, which could be a deal breaker for some.

Amazon had already put Alexa through its paces with Windows 10, launching on select laptops across the past few months. The wider rollout sees the virtual assistant hit the Windows Store in the United Kingdom, United States and Germany, with more locations coming in 2019. 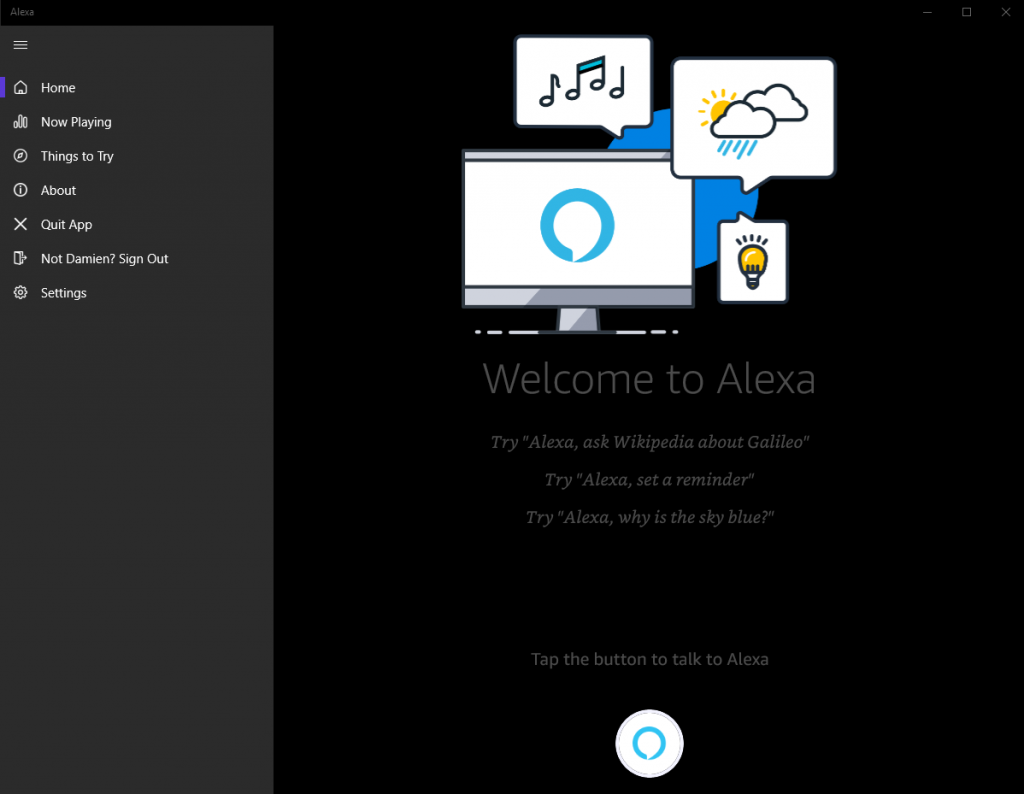 Functionality is pretty standard, with Alexa being able to do almost everything Cortana can, but a little better. Alexa for Windows 10 can be used to track calendar appointments, set alarms and control music, however Spotify and Pandora users will be disappointed to learn that support will not be featured for the respective applications at launch. Instead, the firm explains that “PC-specific capabilities will be added in early 2019 in addition to on-going feature updates.”

The biggest caveat is that only select systems are compatible with Alexa’s Wake Word functionality, meaning the majority of users will be forced to press a button to activate the virtual assistant before voicing their request. Amazon has yet to outline what the requirements are for this, but I can confirm that my own 6th-generation Intel-based system doesn’t meet them.

It remains to be seen if Amazon can captivate the PC user base more than Cortana, given that the use of mouse and keyboard is often convenient and precise enough for most. With just 12 reviews on the US Windows Store and 2 reviews on the UK version so far, it doesn’t look like people are flocking to grab yet another virtual assistant on their machines.

KitGuru Says: While I'm impressed at the improvements made to understanding regional accents, I've always found it a burden to have to identify the correct phrasing in order to execute a command. I now have it downloaded, but without the Wake Word command I can't imagine myself using it too much. Are you happy about Amazon's Alexa being on Windows 10? Do you think you'll get much use out of it?