It’s no secret that CD Projekt Red operates against the grain in the video game industry, often resisting the greedy temptations indulged by other studios. Opening up pre-orders for its Gwent spin-off, Thronebreaker: The Witcher Tales, is no different, as it promises there will be no exclusive items or trickery to bait buyers ahead of its launch next month.

While Thronebreaker has evolved into a fully-fledged 30-hour experience in its own right, it blends card-based combat as seen in Gwent while incorporating unique puzzles across many of The Witcher’s famed regions. Essentially, the gameplay is an experiment for the studio.

Behind the scene logistics, however, will not bog this title down. No “exclusive item” malarkey or extra rewards to draw early sales. Just good, old fashioned gameplay. In fact, not only did the developer insist against such a practice, but a number of items will be available to all players at no extra cost, including the official soundtrack, accompanying artwork and a graphic novel.

Like most things CD Projekt Red does, this is a reaction to the current standard of practices as the studio attempts to set a new standard. “One of the things about this company has always been we want to show the game industry how to do things,” explains Cyberpunk 2077 quest designer Patrick Mills in an interview with EDGE Magazine. “We want to change the game industry. We want to say, ‘We can do things differently, we don’t have to do things that way.’ It’s in our motto: ‘We are rebels,’ right?”

Thronebreaker should tide people over as they wait for the long-in-development Cyberpunk 2077, releasing on October 23rd for PC and December 4th for PlayStation 4 and Xbox One. Despite its debatably sizeable campaign, the spin-off won’t even launch at full price, costing just £23.39 / $29.99.

KitGuru Says: As always, impressive stuff from CD Projekt Red that restores a little bit of faith in the industry. Hopefully this will help push publishers into giving developers that little bit more freedom, easing up on pre-order bonuses, timed exclusivity and, by some miracle, microtransactions. How do you feel about CD Projekt Red’s latest efforts? 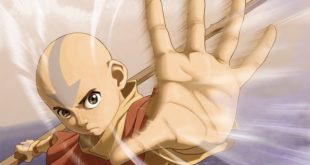